A walk with Ursula, Mary and Fern, seemed quite long – the tracklog says 13.8 km.

The weather started out quite dull as we headed up the track to Hazelgill, then found our way under the Settle-Carlisle railway and onto the open fell. We were in no great rush up to the ridge, pausing to look at little waterfalls where bands of harder limestone intersected the streams. Having gained the ridge, I headed north a short way to ensure that I bagged the next square north for geograph, before we all headed south along the fine ridge. After a kilometre, this flattened out and opened into a wide plateau, with no more ascent to reach the very substantial summit shelter surrounding the trig point.

Approaching the summit of Wildboar Fell

After a pause for a snack, during which the weather started to brighten up, we headed down, to reach a tarn perched rather incongruously right on the col. Only a short ascent, though steep and zigzaggy, took us to the smaller plateau of Swarth Fell. Climbing up to Swarth Fell, looking towards the Howgills

The sky had now largely cleared, and the view back to Wild Boar Fell was really rather fine. 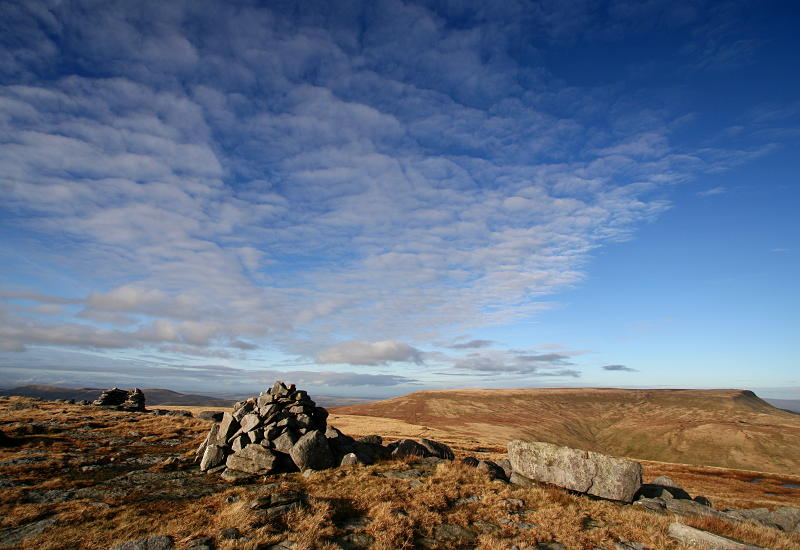 Cairns on Swarth Fell, looking back to Wild Boar Fell

The continuing path, now a little boggy in places, stuck to the middle of the plateau. Where this started to become fainter, we cut down to the left for Aisgill summit (the highest point of the Settle-Carlisle railway). 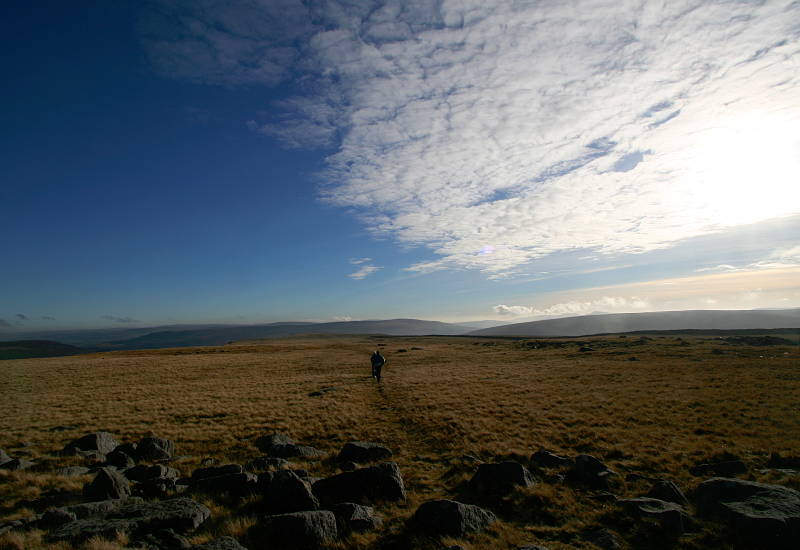 Crossing first the road, then, via a bridge, the railway, we soon encountered Hell Gill, which is known as a ghyll scrambling venue for outdoor centres. Not really canyonning, but fun nonetheless. As its valley opens out, the Gill has one last fling over Hell Gill Force which might make a fine abseil, though not really enclosed enough to be considered canyonning. It’s a very shallow rocky landing, so even with a lot more water than this, doesn’t look likely to be much of a paddling prospect. Hell Gill Force – not a paddling prospect with its very shallow landing, even at high flows.

The bridleway continued above the river right side of the Uppermost Eden valley, passing various little streams and limestone outcrops. As we had Fern, our border collie (on a lead, of course) the sheep duly grouped themselves neatly as we passed, clearly in expectation that they were about to be rounded up (in the absence of wolves, I don’t suppose they get hunted very much…). 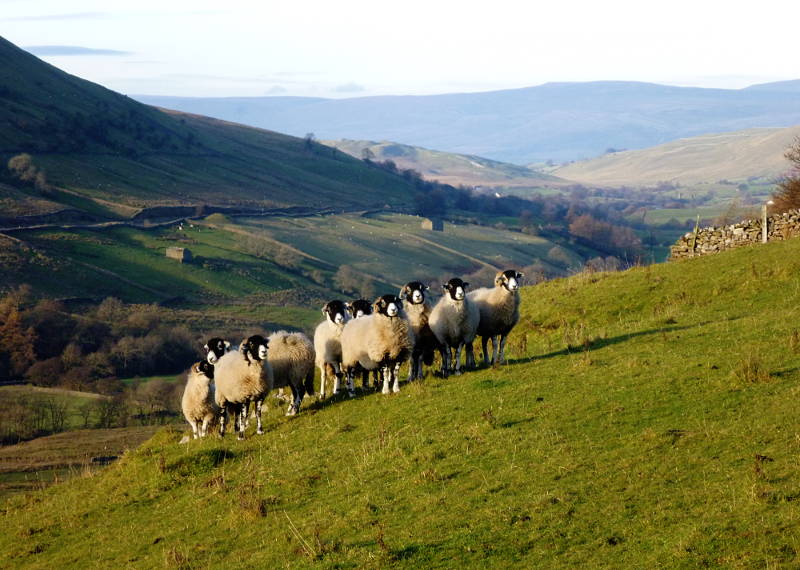 The track got a little rough underfoot in places, and was not always easy to follow, before dropping us through a very scruffy farmyard and back to the road. 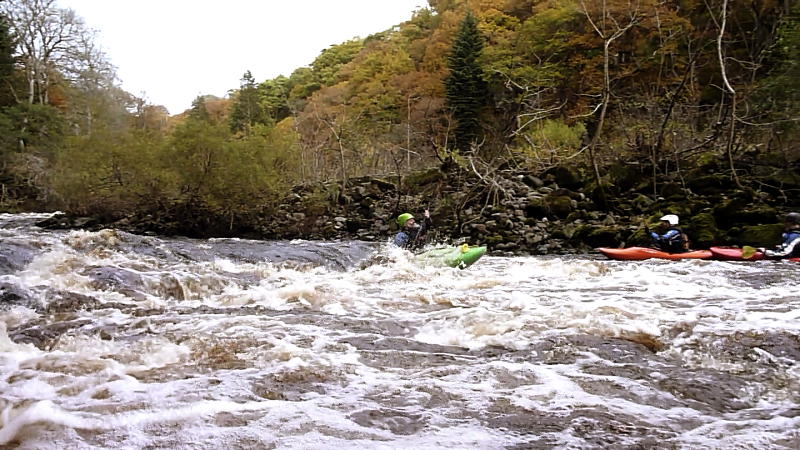