Thursday saw us in Glen Roy, doing not only the gorge, but also the Upper and Lower. The river was well up as we put on, but did drop off a bit on our way down. Andy had to roll three times, once through eddying out above a drop (Wish You Were Here) that really didn’t go from a start in that eddy, and twice from really careless trips in shallow rocky bits. Andy also cleaned Rooster Tail, which he had always avoided running on previous trips putting on at the top of the gorge. 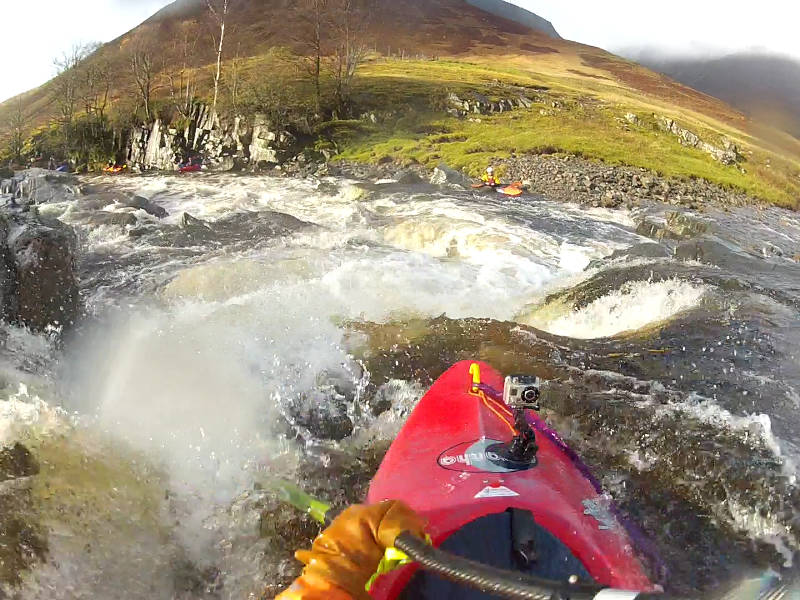 Heading for the lip of Wish You Were Here

Mary had the odd swim as well as rolling, and portaged the siphon drop. Andy had an appointment with that drop, and was extremely pleased with himself for making a fine clean run, entirely upright. My first entirely swim-free descent of the Roy (at the fifth attempt), so a good day !! 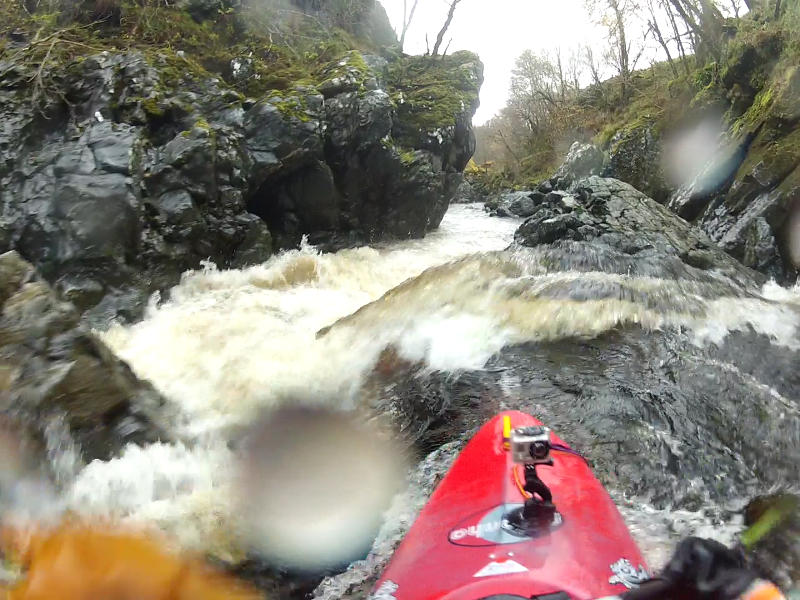 Bearing in mind that several people had long drives home, and water levels had dropped off again, Friday’s river was a more relaxed playboaty trip on the Upper Findhorn. 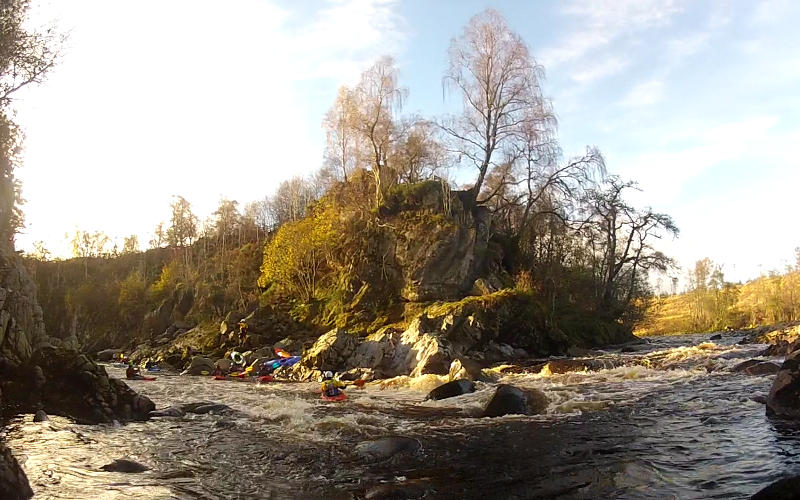 The scenic entry to the Dulsie Gorge

I hadn’t done the Dulsie gorge before, so was pleased to get that tick (upright, in the Flirt). 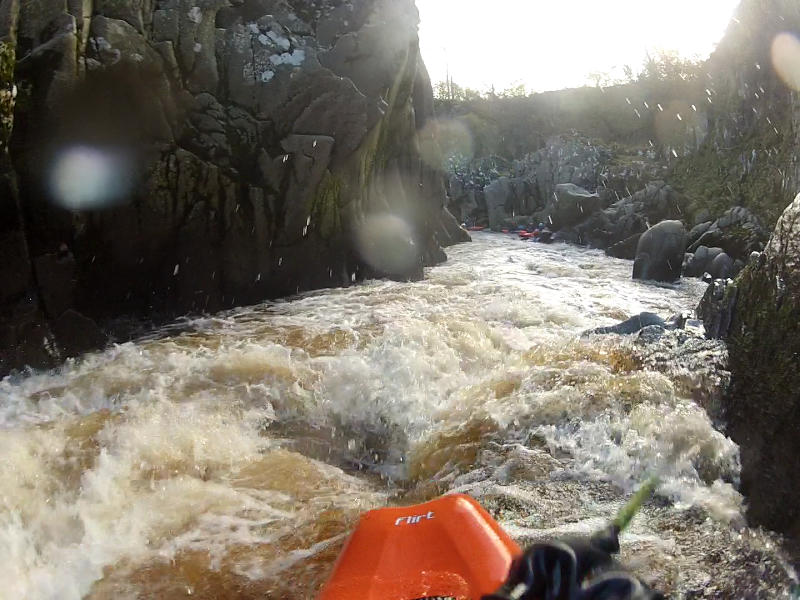 Dropping in to the Crux of Dulsie Gorge

At this level, much of the rest of the river is unchallenging apart from one move in Levens gorge which needed more forward speed that I managed to produce in the Flirt, which resulted in an ignominious swim. I definitely wasn’t paddling as well today, and made heavy weather of three rolls whilst playing. On the other hand, whilst teh Roy is mostly paddling straight into the sun, the Fidndhorn has much better lighting and lots of autumn colours.