Note for web version – photos added in 2018 (stop holding your breath :- ) – click on any picture to see a bigger version)

Yes I know it’s a cop out but it’s one of these or nothing! This has been a really good year for me: the children have learnt to ski, walk, cave, climb, canoe and have done all of this sometimes without whinging! Andrew sent me to Wales to learn to kayak and since then we’ve all been indulging in dangerous games. Andrew had to go on a quick trip down Meregill in September when he discovered he had the least number of caving trips of the family. Michael is really enthusiastic and had to wait for his Dad on several occasions on the way out of Faunarooska (who said Andrew’s too fat?). The only fly in the ointment was when my car radiator blew up and Sarah, Michael and I spent a happy morning in Leyburn waiting for the RAC to fix it instead of playing around in Goyden. I think a new car is required.

We had a good week skiing, Sarah has acquired ski poles and Michael just says “launch me Mummy, launch me!” at which point he hurtles off until he wipes out spectacularly. Sarah sent the Florences a post card demanding they come next time so Gail and I booked it whilst Doug was fixing Asphalt plants in the Middle East. Doug’s only a bit grumpy. 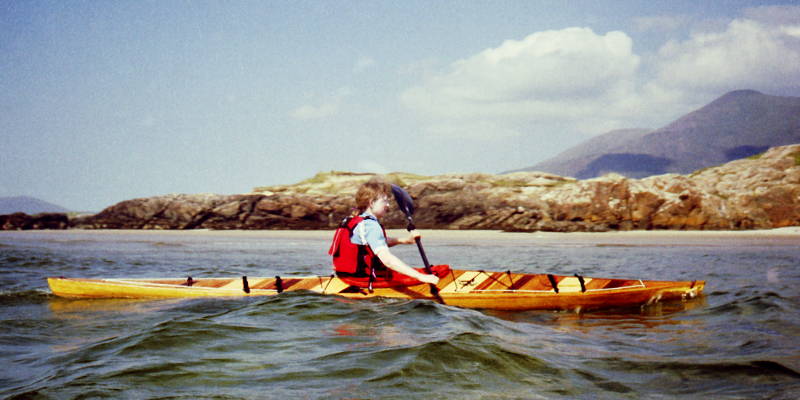 Ireland was the scene of this year’s summer holiday. We got the car back from the garage only a few hours before the ferry left. It was a travelling circus, with caving, climbing, canoeing and cycling gear all packed. Andrew’s strip built kayak was much admired. The campsite was idyllic with beach, bay and climbing crag all on site. Children had fun tipping their canoe over then just climbing straight back in. Sarah was very cross because Andrew and I saw Dolphins but she didn’t. I don’t suppose that 2 children sitting in the front of the double banging on the front as if it was a Polynesian war canoe had much to do with it. However we reached a remote peaceful beach where Michael had fun chasing gulls. Sometimes I think Michael is a reincarnation of a dog. 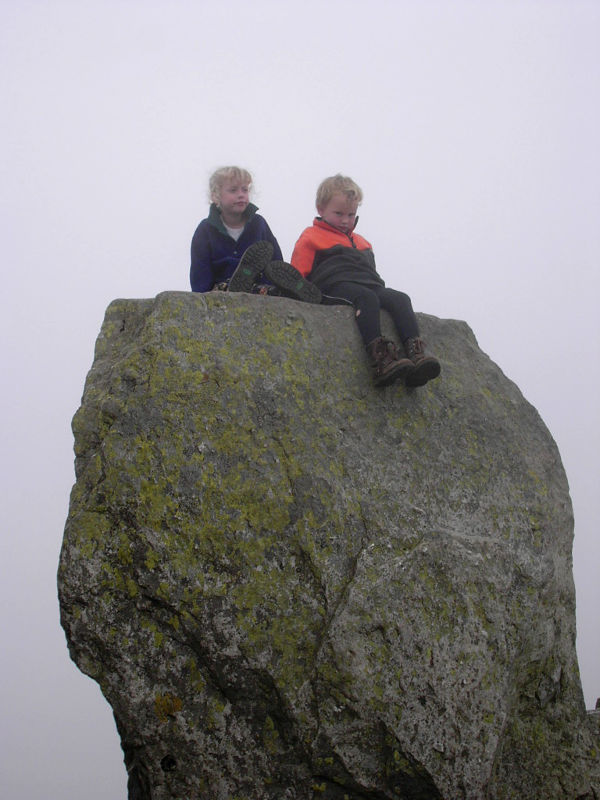 August bank holiday weekend saw us at Lake Bala. There was an assortment of families with various canoes, inflatables and even a couple of windsurfers. The children managed to create an amazing flotilla that they then proceeded to paddle around part of the lake. We arrived a day before everyone else so dragged S and M up Tryfan. They refused to leap from Adam to Eve but then so did I (Andrew did it though). 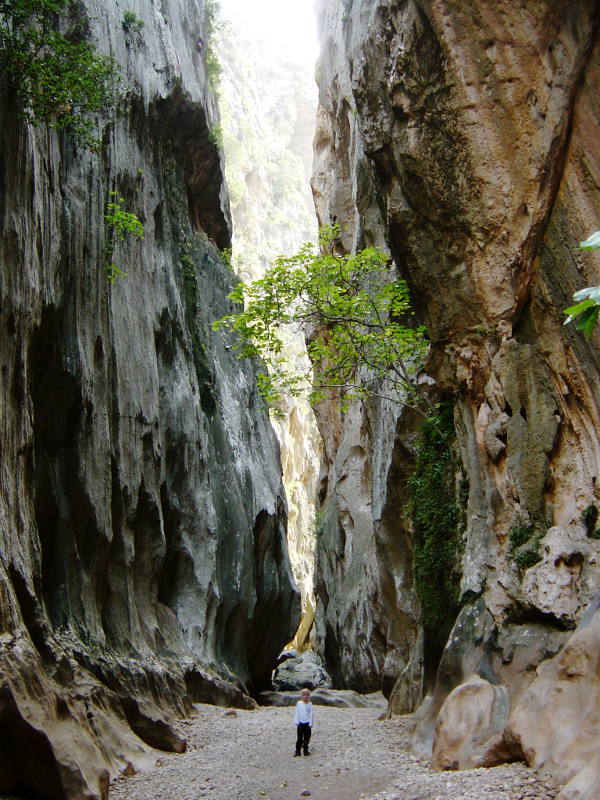 October half term saw us in Mallorca. Michael got us off to a good start by immediately jumping into the swimming pool. He then discovered it was 2m deep, cold, no handrail and he couldn’t swim! Guess who had to jump in fully clothed to fish him out! Andrew laughed and laughed when I arrived back dripping wet. We managed to do an excellent gorge walk and got back to the car just as it was getting dark, before the ice-cream seller went home and after the man taking the money for the car park had left. Our next outing was not quite so successful: we managed to get onto a ridge with a spectacular eyehole and a long drop to the sea. Andrew had done it before but with fit cavers not 2 small children. Anyway the usual arguments about “I thought you’d done this before?” and “where does it go?” “I don’t know, I thought you’d had a look” and more unrepeatable stuff ensued, after which we went back to the beach. 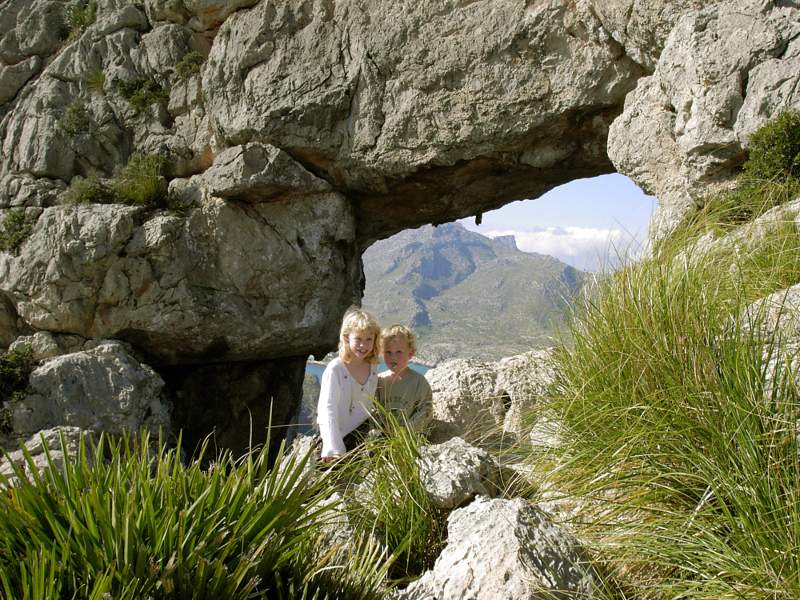 We’re looking forward to a busy Christmas with family and friends, the children are due to perform at the school nativity play next week and after that almost every day is action packed so I guess we’ll start 2003 tired and grumpy! Hope you have a happy year