This is being written in desperate haste as we start to realise we only have a week before departing for New Zealand to avoid Christmas. But … the year started with us trying to book an antipodean trip eleven months ahead, on the internet. This was an intensely frustrating experience as we tried to get dates nailed down for our activities before booking flights. Nobody wanted to talk to us about bookings that far ahead, and some wouldn’t talk to us at all – don’t try to find rental kayaks for kids under 12 🙁 The result was that we were too late to get the flights we wanted and had to start from scratch again. Andy lost days and got demoralised in the extreme, but we are just about sorted out now. 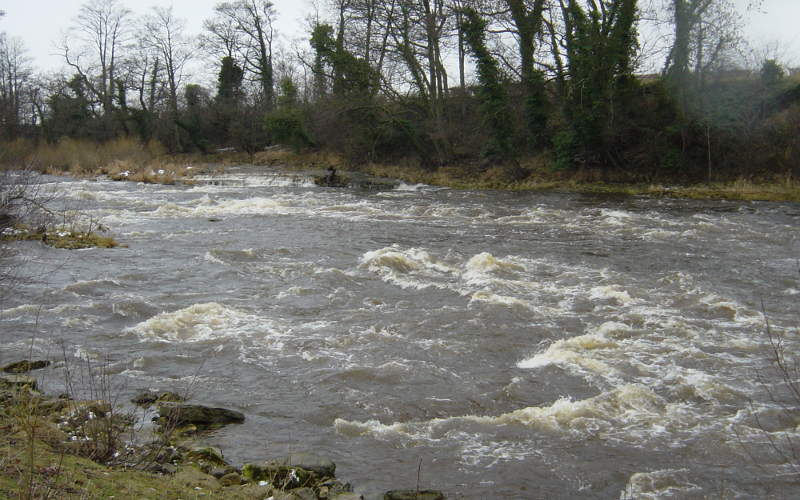 Paddling almost started at Sleningford the day after New Year with the kids, but the Ure was in flood, so we ran away. The Tees wasn’t nearly so high, so Doug and Andy did Abbey rapids. After a day off to do Bull Pot of the Witches with lots of children (very successful) came the Wear, where Mary had a minor swim, along with others. Andy cunningly survived the Kent in huge water, when others had serious spills, but only by dint of a lot of portages. Things went downhill when Andy put a hole in his boat on the Orchy, and finished the Spean gorge the next day with the boat almost sinking, and nowhere to land and empty it (see this post). A week later, he survived the Nith in a new boat (an H2) and things started to look up. The Ure from Aysgarth was done on a beautiful sunny day, but with a bitter cold wind, and this time it was Gail’s turn to hole a boat. Luckily, after the Orchy, Andy had a bag full of gaffer tape…

Skiing was at Les Arcs, and was surprisingly unphotogenic – the only photos I have are of the repairs I made to my binding with plywood encased in fibreglass and epoxy. For a while it looked like this was in vain as my heel piece broke, but a bloke in a local ski shop took this as a challenge and cannibalised some old Look bindings to effect a repair, which took an hour or so, and he only charged me five Euros. This gave me some slight chance of keeping up with the children, but I guess this won’t last more than another year or two. 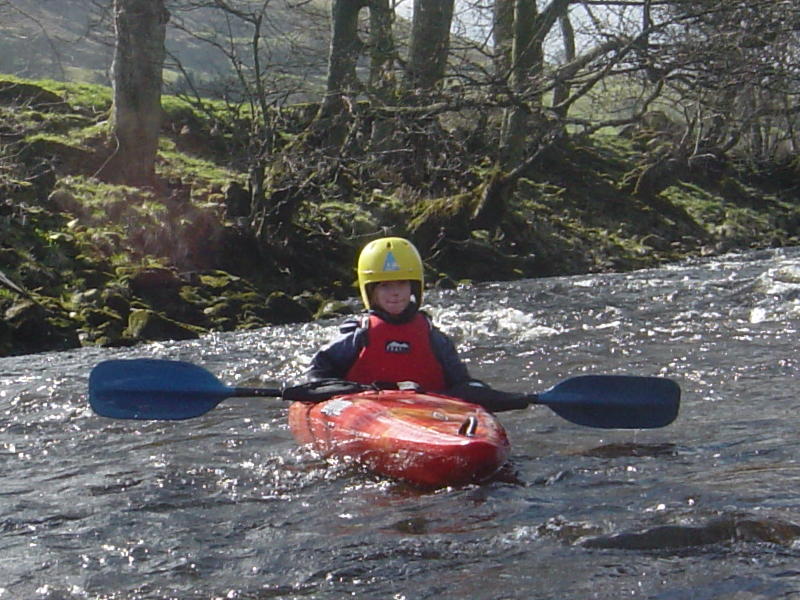 The Swale Charity paddle had slightly more water this year, and on Sunday, Sarah not only paddled from Tree Rapid to Swale View, but also took some good photos of Andy on Tree Rapid. That was the last of the river season – an early Easter seeing Andy sea paddling from Mallaig to the Sleat Peninsula on Skye, and back via Knoydart.

Mayday was Mary’s turn and a large party paddled via the Grey Dog – second only to the dreaded Gulf of Corrievreckan in reputation, to visit the Garvellachs.

Having been thwarted last year by bad weather, both of us paddled to Inner Farne and Longstone with a large jolly party, but the surf on Bamburgh beach caused carnage on the return, Mary being one of the victims. Andy got his turn on the third try at the Treshnish – successful this time, with a night on Staffa surrounded by a big long swell. This came to haunt Andy as he tried to play in what looked like benign surf on Little Colonsay. A big roller came in and back-looped the fully laden kayak, ejecting him from the cockpit and taking an inch off the stern on a rocky reef. A bit of a shock, but the trip back to Mull via the gap between Ulva and Gometra went without further incident on a glorious sunny evening. This trip is also written up with more photos Since winter whitewater is a bit character-forming for young children, we did a 4-day descent of the Spey in the early summer, with Florences and Heseltines, having repaired both of Andy’s holed kayaks for the purpose. Despite lowish water and one campsite being deemed “too basic” by certain folks, this was successful. Knockando rapids were scouted whilst kids had a day fishing, but all completed the descent of these on the last day.

The new double meant we could now contemplate a multi-day kayak camping trip with the children, but we decided to start on fresh water, at Scotland’s midge capital, Glenfinnan. 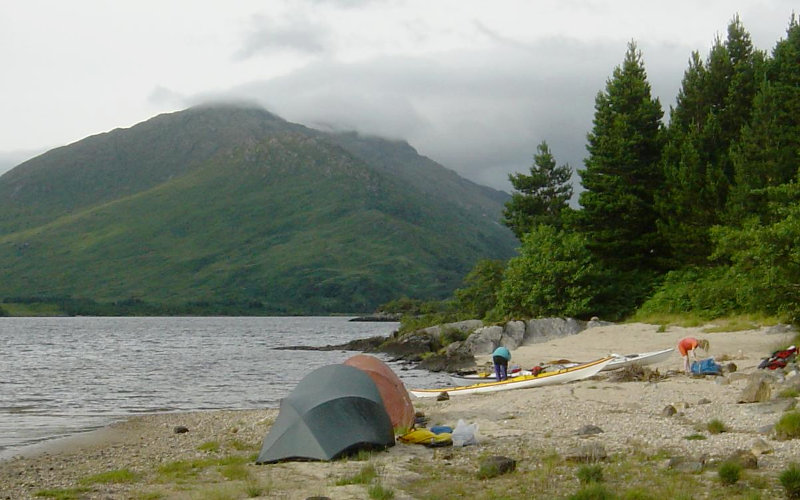 Despite Andy getting several hundred bites on each limb on the first night, we managed to find a good put-in and head off down Loch Shiel. At every stop, children gathered wood for a smoky fire to keep the midges off, and two nights camping by the shores saw us most of the way down the Loch, to the little island with the graveyard, and back. Finishing in good time on the third day,

we decamped to Arisaig, where we walked the silver sands of Morar and ventured out for a little more kayaking round the many skerries in sight of Rum and the Small Isles. We added the borrowed club double for a trip further north, to the Summer Isles, out from Achiltibuie beyond Ullapool. We had intended to overnight on Tanera Beag, but a big swell on arrival meant we spent a day climbing Stac Pollaidh, and a forecast return of the wind limited us to a day trip out to the islands and skerries. 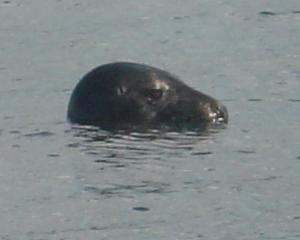 Sarah was just complaining noisily about the lack of wildlife when we passed between two islands to find ourselves suddenly surrounded by grey seals. Another inclement day saw us visiting Inverewe gardens where our rather low Otter count for the year so far was improved when Sarah spotted one playing in the water just off the point. Andy got to play in the surf at the campsite, while children sorted the beach out. We had a further paddle out from Inverkirkaig, under the shadow of Suilven, up the coast to within sight of Lochinver and back. Sadly the weather precluded a planned climbing day on the sea cliffs of Reiff, but we had a good look round the peninsula by bike. Force eight to nine winds meant we nearly lost our awning, and Andy had to get the boats onto the car roof in the lee of the caravan, but we still daren’t set off home until the winds had dropped. We’re back river paddling again – as usual we’ve had some high water and some low, but it was just about sufficient for the Tyne Tour. Andy swam on the wrong line on the top drop above Warden gorge on the Saturday, and Mary fell victim to the same place on Sunday, whilst Andy was dead chuffed to have done his first successful white water roll whilst playing on the wave train further up-river. Photography has not been as successful yet this season, but earlier, Andy was very pleased to get half a dozen photos published in the “English Whitewater” guidebook, including the Front Cover !

All this activity left Andy with no time to build another sea kayak this year, but he finally found time to varnish Piqqalujamik takujumavunga in time for her to take first prize in the “Craft” section of Bowes Agricultural Show.

Which brings us up to date, with perhaps one more river to do before heading off for six weeks of summer down under. Christmas on the beach appeals…