There was going to be lots of time for the letter this year, but doing up the sitting room resulted in (1) the concrete floor needing to be ripped out and replaced with a new damp course (not planned for) before the oak boards could go down, and the temporarily re-housed TV was dropped upstairs which meant (2) another floor to be replaced (unplanned for) and that room redecorated too, so the house that was to be perfect by September is still in a “state”. As usual it’s one of these letters or no letter. Anyway, to start back at last christmas ….

We started the year with six weeks in New Zealand. Christmas day on the beach, not a turkey or Christmas decoration in sight and NO WASHING UP. I’d like to do it again every year please, but unfortunately that’s not an option. What did we do in New Zealand ? Well Sarah and Michael did a 42 mile alpine walk over 5 days carrying their sleeping bags, waterproofs and teddies, Andy and I carried the rest. 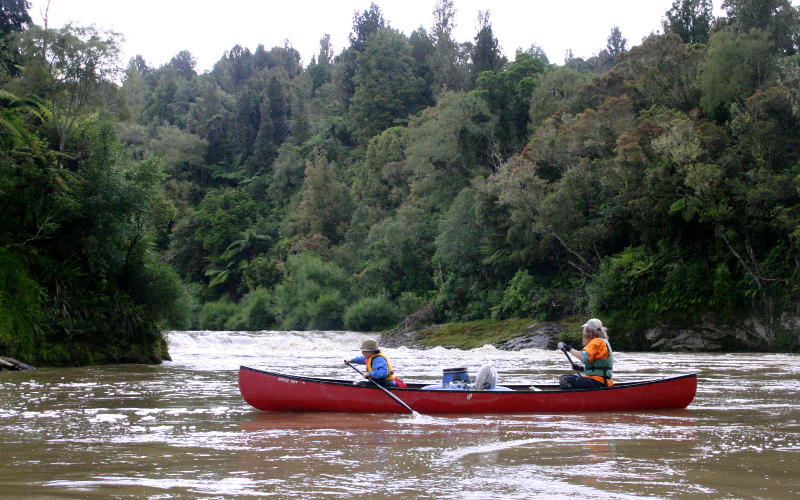 We also did a 6 day open boat trip down the Whanganui river including a day on the river bank watching the river level come up and up (but not as much up as it had the year previously when the huts were evacuated by helicopter). Andy got to paddle part of the Buller river and the rest of us got an exciting trip in a raft thanks to Lish and Ian. We did the Hollyford track, guided, and were amazed by the level of decadence: hot showers, real food and wine in the evenings along with eel feeding, a trip to a glow worm cave, a ride on a jet boat and a helicopter ride out to Milford Sound. Our final trip was a cruise on Doubtful Sound where we swam in the fjord and saw Dolphins (thank goodness: Sarah was very keen to see Dolphins and continually reminded us). We did lots of other things as well but failed to do the circuit walk of the volcano owing to the truly awful weather (snow and strong winds – pretty much standard fayre for any midsummer day outside europe – the third time running !).

We did Les Deux Alpes with the cousins, but the snow conditions weren’t very good and Sarah and Michael have refused to go to ski school any more. We had a new baby at Easter. Fern arrived and has been keeping us busy ever since. She particularly enjoys chewing the velcro fastenings off trainers. I keep threatening to send Michael to school in bare feet if he leaves any more lying around for her to chew. Andy and I managed to escape to Lofoten in July. 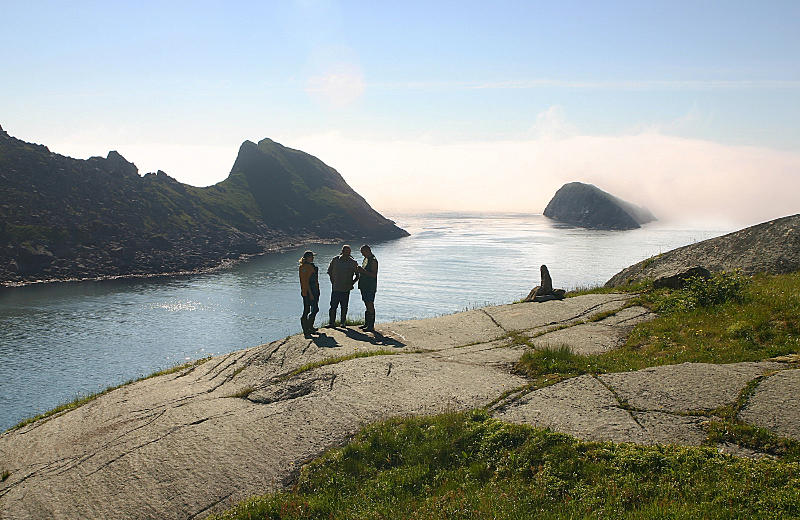 Andy has spent the past 2 years planning this trip with him towing a trailer on his own, 1500 miles up to the Arctic to meet us and kayak through the Maelstrom and up the exposed West Coast. This area of Norway is famed for awful weather and fearsome tide races. My personal thundercloud (that accompanied us to New Zealand) failed to cross the Arctic circle. What did we get, 6 days of continuous sunshine (all day and all night, Land of the Midnight sun, you know).

The sea was like glass and the views were amazing. 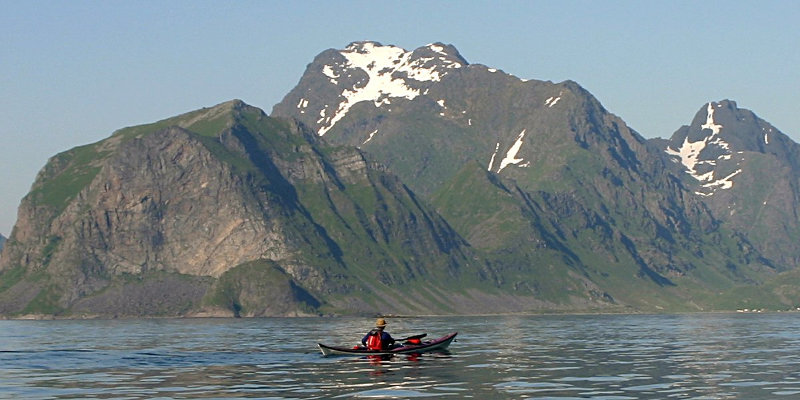 We saw Sea Eagles and fished off the side of our kayaks; failed to cook the fish very successfully but had fun trying. Andy is now wrestling with all the photos in preparation for his slide show next week, then he will have to sort the New Zealand photos for that slide show in February. 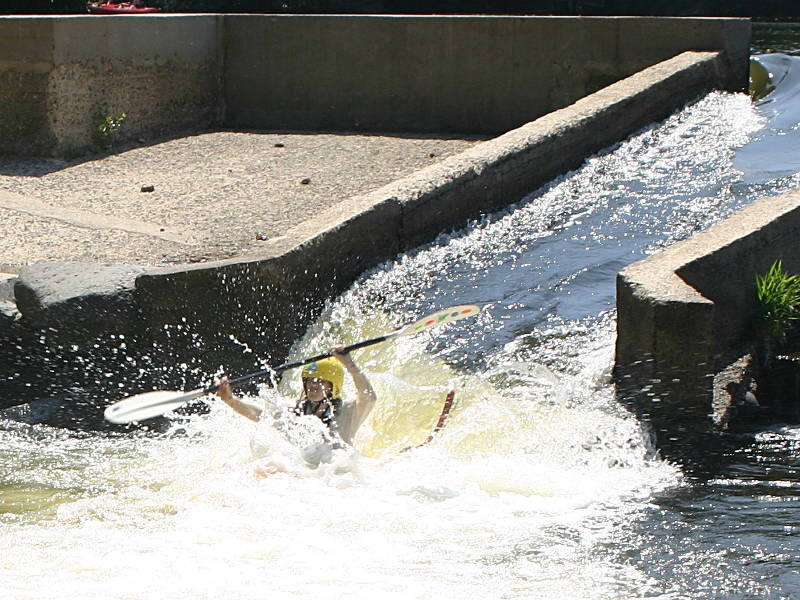 In the summer holidays we broke with the Scottish/Irish habit to go French to paddle the Allier and the Tarn. Not enough water in the Tarn but plenty in the Allier. Michael was manning the video whilst I failed to stay upright and there is a wonderful sequence of me falling in accompanied by the sound of Michael’s voice saying “Swimmer ! Swimmer ! My mum’s a swimmer !”. I don’t suppose that will be forgotten in a hurry. Needless to say both children stayed upright. You can
download the video – save it to your hard disc before trying to play it, it’s big (106Mb) and won’t play in real time over even the best broadband.

October half term was Sunsail in Greece. Andy found the safety cover a bit stifling, the children enjoyed the swimming pool and we even learnt to sail a bit.

Apart from all the holidays, we’ve managed to fit in a few walks and a couple of caving trips but no climbing this year. Sarah has started secondary school and has gone from being a child with hair like a rats’ nest to a child that does 20 mins of hair care every day. She’s also started riding lessons: we’re on the slippery slope towards the pony. Michael will settle for a guinea pig and he’s planning to have one for Christmas (no jokes about spit roast please).