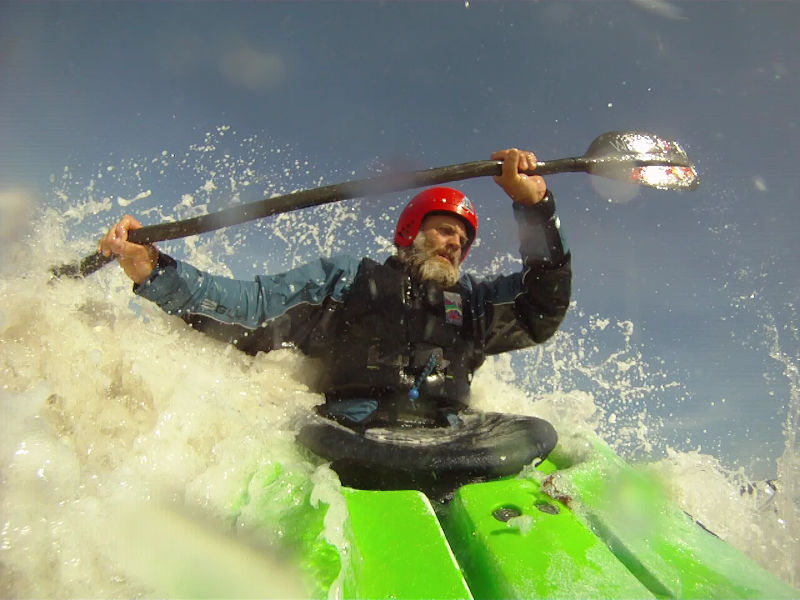 Well, it’s that time of year again and as usual “headless chicken” is the order of the day.

To start at the end of the year, we are off to Botswana on safari over Christmas thus avoiding all the shopping, cooking, dish washing, decorating etc. Yippee!   I’ve been in complete denial about Christmas and have done nothing until yesterday when I had a brief Christmas shop in Darlington after Sarah had to be taken to college because her bus didn’t turn up yet again.

So, what have we done this year ? Well, not as much as usual, no skiing and only one foreign holiday so far, but quite a few more kayaking trips, both sea and whitewater and even a day surfing. Sarah has done lots, she’s done GCSEs and changed school. She is now at Sixth Form College in Darlington and appears to be loving it. She has proved she can get up in the morning although lately that’s slipped a bit. Her hair changes colour almost every week, she has had various body piercings and most of her clothes are so short they leave little to the imagination. We’ve also been subject to teenage parties and the mess… She complained bitterly after the last that it took her 8 hours to clean up (welcome to the real world). She went to the Leeds festival, had her mobile stolen within half an hour, didn’t report it and most of her GCSE money went to pay the bill for calls to various foreign countries. She lost her school bus pass on about her 3rd day. All useful learning experiences I feel.

Apart from that she has almost decided she wants to be an engineer and by her own admission is becoming a maths nerd. She has become even better at kayaking and was able to top the “my favourite river” question by quoting the Ubaye Racecourse, thus raising the instructors’ eyebrows at the start of her week at Plas-y-Brenin. She’s still not swum either. Michael is enjoying himself, mostly. He’s made some new friends at school and spends most of his allowance on the latest games. He has also become a very good kayaker. He got his Christmas present early and is now paddling around in his “Michael Jackson” playboat, whereas I keep finding reasons why I shouldn’t paddle in mine. Andy (no playboat) is now feeling left out but he’s been told he has to dispose of at least another four older boats before he’s allowed to have another one. Michael has also been caving and had a brief introduction to SRT. We will get him fully kitted out in the New Year and maybe go on a few trips. 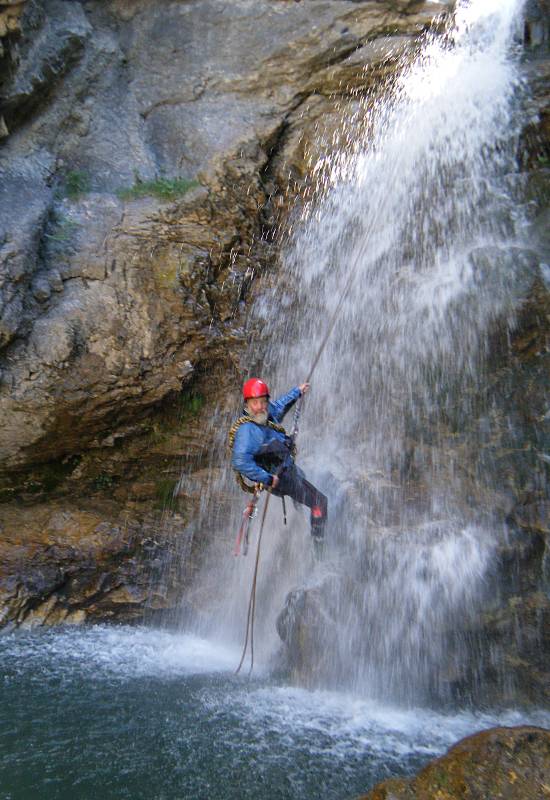 We went back to Argentière in the summer. This time we went as part of a group and we had Lowri Davies (former European Ladies freestyle kayak champion) to coach and mind us. We had a brilliant time and everybody improved in confidence and skill. We all had a few swims apart from Sarah. We also went canyoning. Andy found this
“easy introductory” canyon. Several hours (and a few mini epics) later we got to the bottom in rather longer than the guidebook time.

At half term we hosted “Boldron Paddlefest”: 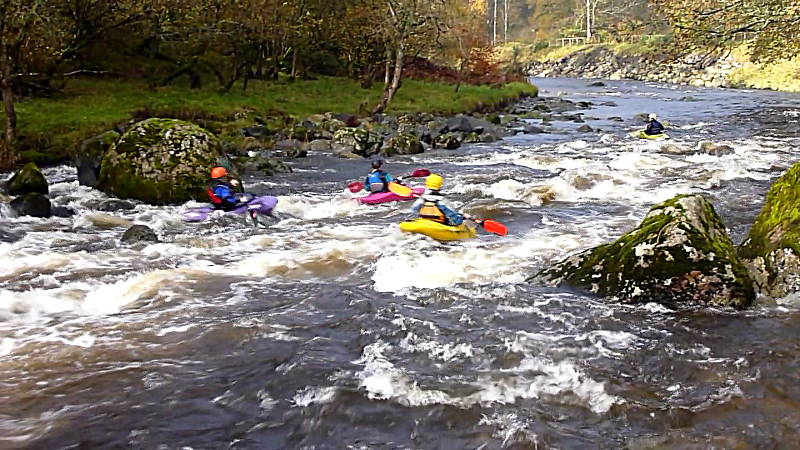 This was an attempt to find Sarah and Michael a few younger people to kayak with instead of grumpy wrinklies. We paddled on 5 successive days and had between 8 and 13 people each day. We even managed to confuse one person to the extent that he thought it was an organised event and couldn’t understand why he couldn’t find anything about it on the internet. Phil from school brought some of his explorers and school kayakers. We had a merry time fishing them out and Michael lost his Xbox for a week after he got bored waiting and paddled down a rapid on his own without any safety cover. His dad claimed even he wouldn’t have done that. Andy has had a new hobby for 18 months: “geograph.org.uk”. This
means the dog gets a lot of walks to some obscure places so he can take photos of uninteresting bits of scenery, and the internet has a lot more pictures of Boldron. He did manage to win one week’s heat for Geograph photo of the year (left) after his solo sea trip to Mull (which he didn’t tell me anything about until after he got back, irresponsible or what?!) He was also placed in every category of the SOC photo competition and was overall winner (self-portrait surf photo on first page). There’s a class for videos in 2011 – more hours on the computer 🙁

I think that about rounds things up for this year.