WordPress (blog) version: works reasonably well in the blog format – click on the photos to see them full-sized. For the video title photo (last in the letter), the link will take you to the video on youtube (you’ll get a higher quality than if I embed it in the page).

Another year almost over and Christmas fast approaches again. As usual, chaos rules and the thought of all that cooking, shopping, tidying and arguing fills me with an overwhelming desire to run away . . . just like last year. 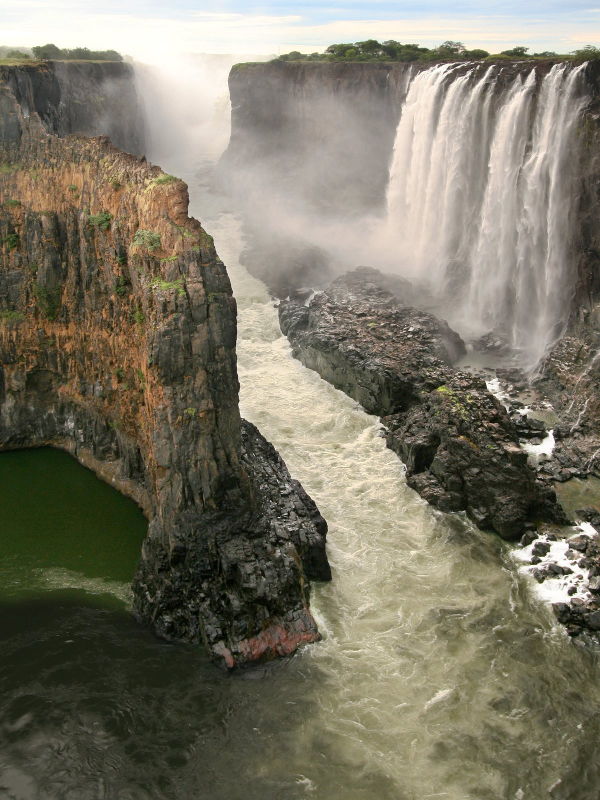 So, to start with the great escape, we spent last Christmas and New Year in Botswana with Nellie and Ursula. We got out of Heathrow hours before it closed due to the snow. Andy’s luggage stayed there until the last day, which, in retrospect, was just as well, as it meant that the expensive lens in his bag didn’t get stolen, unlike Ursula’s camera and our spotterscope, both removed by the baggage handlers in Johannesburg airport, but it meant we had no chargers for all the camera batteries.

We started in Zambia with Victoria Falls, adding yet another place we have been to the photos in Sarah’s geology department. We also managed to lose Nellie, and Ursula had to pay her finder a “present”. Andy was more interested in the rapids below as a kayak destination than the falls themselves.

The next day we had to brave the chaos of the border crossing on the Zambezi to get into Botswana. I’m glad I wasn’t a truck driver: by all accounts they have to wait many days to get a pontoon ferry across the river. Then we had to go shopping as all Andy had were the clothes he was wearing and his hand luggage. We also had to wait for a French group as they hadn’t made it out of Strasbourg before the snow had arrived there. 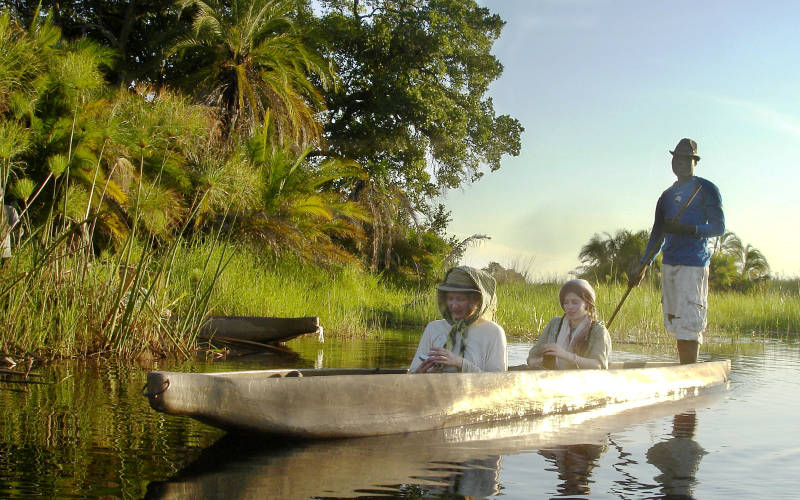 Our safari was very good, but insanely hot. We visited loads of game parks as we toured round, and saw lots of different animals and habitats. More elephants than you can shake a stick at, a camp in the Okavango delta using Mokoros (dug-out canoes), a flight over the delta, thunderstorms, a glimpse of a leopard and a wild dog hunt were highlights. Ursula finally got the 12 DVDs (cut down to only a few thousand photos) nine months later ! Which reminds me that I’ve not seen them all either (I only want to see a select few). Andy took on the herculean task of labelling them, all by himself (not for want of asking for help!).

Next we drove out to a self-catering ski apartment in Chamonix. It all went very well and we skied every day although snow conditions were a bit poor. I discovered that Sarah and Michael both like lentil soup. Over Easter, since the club had gone to Croatia and there were no sea trips, we had a couple of weekends in N. Wales: one playboating with Lowri; the other with Bill and Niki. Sarah and Michael are now quite proficient freestylers, unlike Andy and I. However I’m now starting to roll up some of the time. Next we had the trauma of AS exams, then off to France again: same place and mostly the same people. The camp site suffered a number of thefts – Sarah had her bikini and spraydeck stolen. She got an expensive new deck and now uses my swimsuit. Lowri and Fran worked very hard at coaching us and we all improved as a result. Sarah and Michael were allowed to paddle 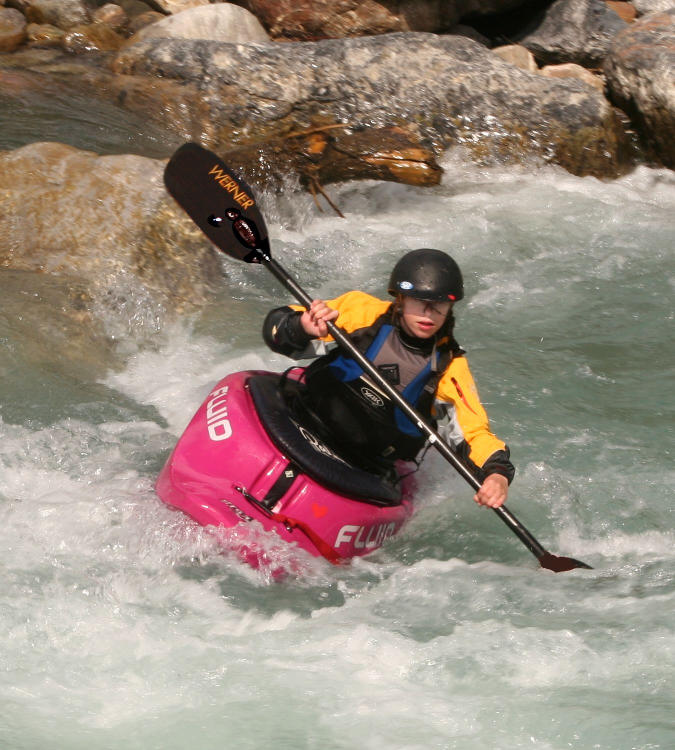 Chateau Queyras Gorge and Sarah did the lower Guisane with Bill, James and Dan. Parents are just not up to it. Niki and I went on the raft with Laura and George so we got to see all the horrors without actually having to paddle them. This time we did a bit of canyoning and Andy went for a solo trip. Gail, Doug and Rosie took various people on various Via Ferratas as well as walking. I paddled 13 out of 14 days and it took me about 3 weeks to stop feeling shattered after we got home.

After a few false starts Sarah got her provisional driving licence (she’s 17) and is now having lessons – how scary is that?!

Sarah then went to Arran on a school geology field trip. She loved it and by all accounts it was the “best trip she’s ever been on” (might be the lack of parents and the nightly pub trip). She’s now had offers from Leeds to do Geology and Liverpool to do Geophysics so hopefully she’ll get the required grades. Ann and I went back to Glenmore Lodge on the advanced white water kayak course. We were both more than sufficiently challenged and I got to swim a few rapids, but not Right Angle Falls:-)

Just back from yet another weekend paddling in North Wales. Some debate about me wearing a headcam and how to use it, but we discovered Andy had left the memory card behind so no video. Andy did have his headcam running so Niki and James’ run down Bryn Blas fall was recorded, they both rolled up eventually…

Then we did the Afon Eden. My Freudian slip went along the lines that I didn’t wish to run a river with blood in it (I meant to say wood – the guidebook lists overhanging trees, branches and logs in the river as hazards). We all survived and the only incidents of the day were the unfriendly farmer and the difficulties of getting back to the cars at the end. Andy retained the club photo competition award with his video of (mostly) the family at play on the Upper Tees.

I guess that about wraps it up for this year. Best wishes for a very merry Christmas and a happy New Year from all the Waddington clan.