Yet another year nearly over and yet another Christmas letter to read, burn or whatever.

So, we started with another trip to Uganda where Mike and his friend Alistair got really good at playboating in the company of some of the world’s best and I swam down everything. Mike also learnt the (alcoholic) meaning of a Bujagali sunset:- next day I found his broken glasses. 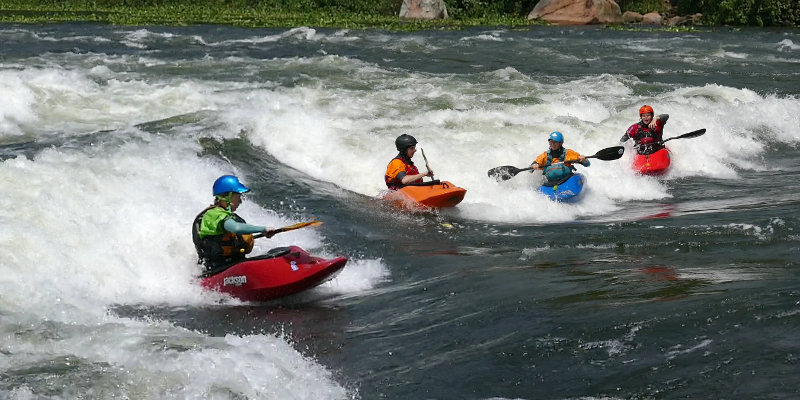 Mike went off to Chile to kayak school where he had an amazing time and learnt how to wave wheel over waterfalls. In April Andy and I went to Slovenia for a week of kayak boot camp. We both improved our technique and got really tired.

Mike went to Italy with his friend Nicky. They both did loads of classic steep creeking. Andy and I went out later and did significantly easier stuff. Andy did really well, I did a load of swimming. 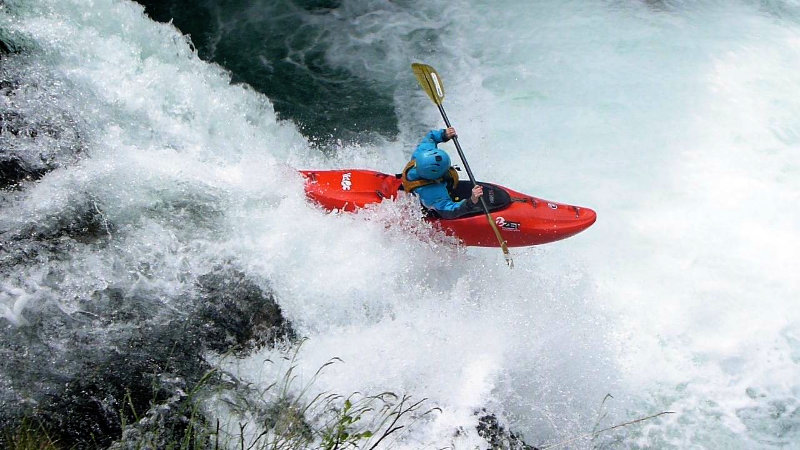 Sarah finished her degree, but failed to tell us the date of her graduation until too late, so none of us (including Sarah) went.

Andy and I went to Alaska Sea Kayaking with three friends. After the first three days of rain the sun came out, the sea was flat and the views were amazing. Loads of glaciers, mountains, sea otters and Bald Eagles but luckily, no bears. Sarah and Michael went out to India to join Sarah’s boyfriend, James, and other friends. They both won prizes at the Malabar river festival and I think overall had a good time. They brought back loads of presents including clothes that shrank and leaked dye when washed. No one was entirely happy about this except maybe the dog who doesn’t care if her towels change colour. 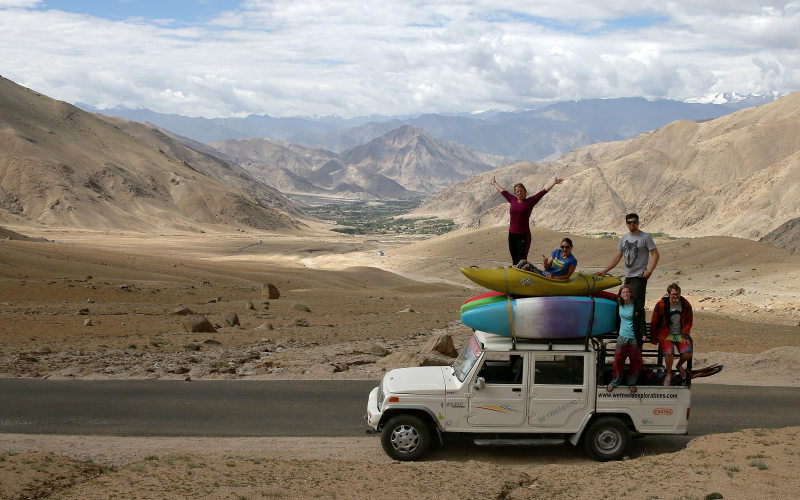 Andy, Fern and I went to Scotland for a week walking to get ourselves fittened up in preparation for Morocco. Andy managed to tear his calf muscle just before we went so we didn’t do as much walking as planned. We did do Ben Alligin and Ben Hope and tested Fern’s new dog harness. 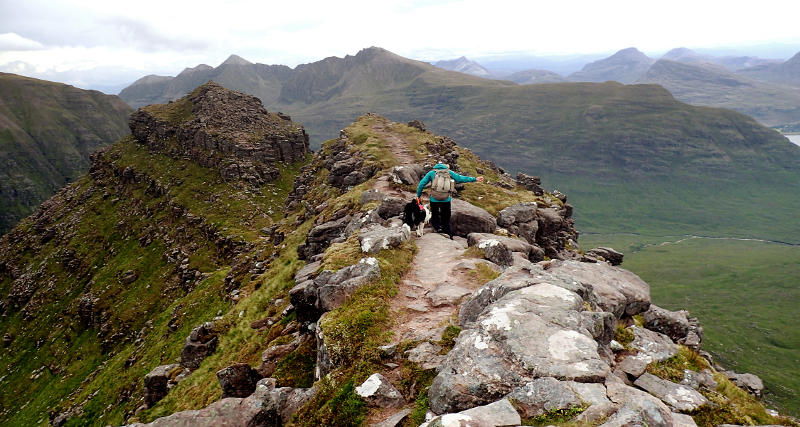 I went to Lewis with my friend Margaret. The plan was to do a load of biking. I had just had clips fitted to my pedals/shoes which resulted in bruises all the way down my shins and a broken camera. Mostly we did a tour of Hebridean cake shops; there are many and they are very good.

Sarah, Andy and I went to Morocco trekking in the High Atlas with nine friends on a private organised trip. We managed three 4000 metre peaks along with a number of high passes. Sarah and I now have pieces of the highest mountain in North Africa smuggled back. Trekking with mules is great, they get to carry the heavy stuff.

Sarah then moved in with James and is now renting her friend Rosie’s house on the Wirral whilst Rosie is in Chamonix. Moving her stuff out allowed me to finally get the floor of her bedroom cleared and the rubbish removed.

Mike started University at Edinburgh. Predictably, he joined the kayak club and has spent his weekends on Scottish rivers. He has a load of new friends and seems to be enjoying himself.

Andy and Mary had another week of whitewater in Scotland, though for the Orchy, the water was a bit too white, and falling from the sky in big flakes, and Mary applied her four degree rule. Andy finally got round to paddling Right Angle Falls on the Etive. Auntie Joy is just about to celebrate her 90th birthday. She decided to be like the Queen and has just had her official party, she will then have a smaller family party on her actual birthday.

Well, I think that just about rounds up the year’s major events in the Waddington household. Hope you had a great year too and wish you a wonderful Christmas.