Not many photos this early, so this one scan will have to do: 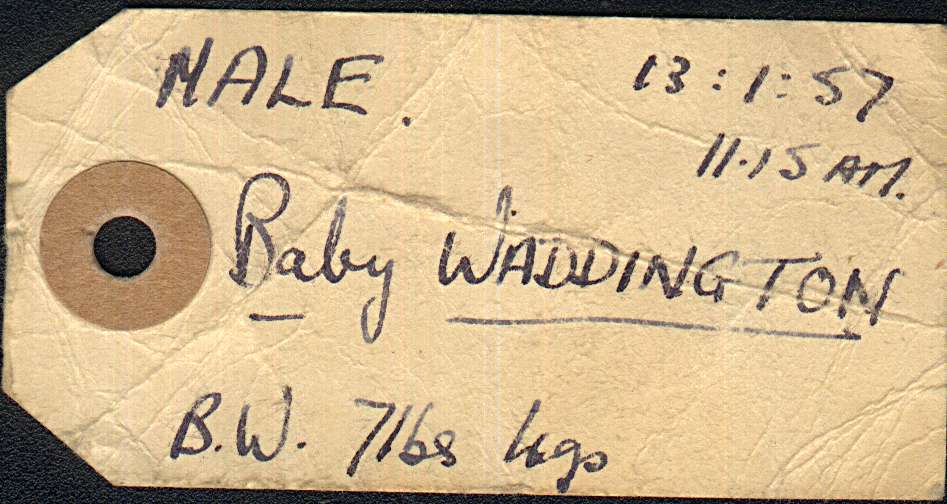 My dad was working in Southport during the week and often was only home Bradford on Saturday nights, but at easter 1956, he was home for several days. What evidence exists suggests that I was conceived at 21 Bolton Lane, Bradford, at that time. Mum first entertained the idea that she might be having a baby on the 9th June: “Feel as if I’m having a baby! Pray it may come true” from mum’s diary. This would be a big deal, of course, as my parents had been married in June 1941 and mum would be almost forty. The pregnancy was confirmed on August 9th by her doctor.

Her consultant decided to admit her to Christiana Hartley maternity hospital (both parents were by now living in a house they’d bought in Southport) and induce labour on 12th January. My dad reported in a letter to other family that labour was difficult and lasted about 12 hours, ending in a forceps delivery – clearly I was keen on caving from an early age and didn’t want to get involved with daylight !