Ostensibly in Glencoe for some ice climbing, mild and very wet conditions proved to be less than ideal, but an early start seemed like a good idea whatever the objective. I was most disappointed, then, to find that Nevisport Café (surely somewhere whose main business comes from climbers and walkers) was not open until well after I ought to be some way up the hill. Stopping instead at the Green Welly Stop at Tyndrum (much more of a tourist dive and somewhere I would normally avoid) I found an excellent breakfast at a still sensible enough time to get on the hill.

From Tyndrum, I drove down the Oban road, turning off at Dalmally, just after crossing the Orchy, and parking up at the end of the track to Castles Farm (a place with many barking dogs). Although Loch Awe isn’t a sea loch, the starting point is still pretty low at only 50m above sea level, so it is a fairly brutal full frontal assault with 940m of ascent in the two miles up the south ridge (although it does maintain a pretty steady gradient of just less than 1 in 3, so nowhere that needed actual scrambling). The cloud gradually lifted above me, so that the summit provided an actual view, which was unusual for this time of year. 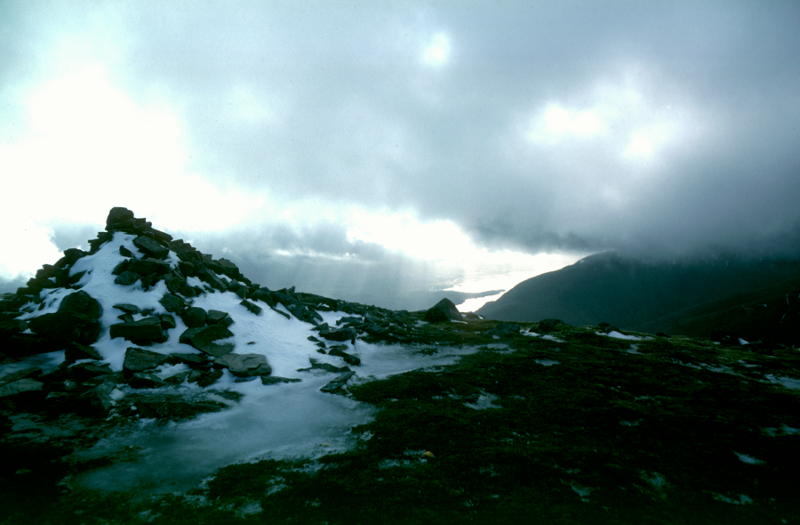 The continuation was rather easier, dropping to a col at about 725m and then a more gentle ascent of a rather fine ridge to Beinn a’Chochuill. The northeast ridge also looked attractive (though snowy at the top), but once Munro bagging gets a hold, one tends to get a bit obsessive, so I headed west. 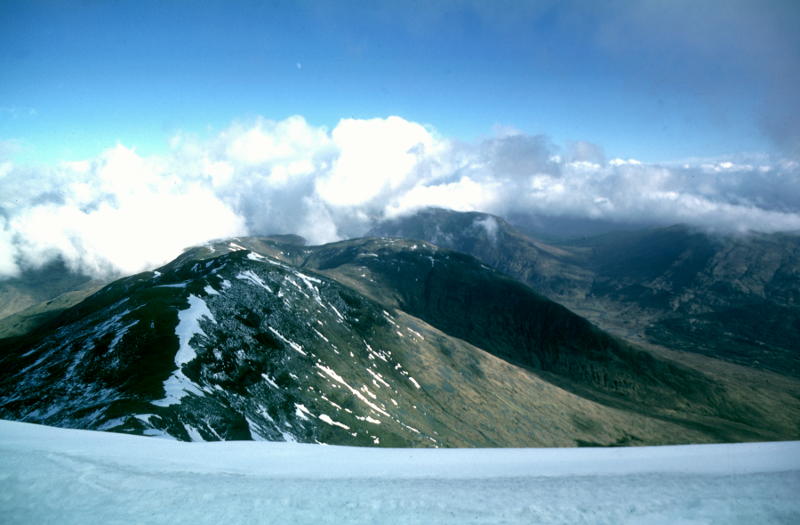 Looking towards Beinn Copagach – the weather looked better inland to the northeast.

The sunshine did not last, and by the time I was on the second Munro, no view was forthcoming, so I seem not to have bothered taking photos (film had a non-zero marginal cost, unlike digital today) and descended the SE ridge to Lairig Noe, before dropping down to the good track leading back to Castles Farm. At this point, since ice-climbing didn’t look to have been in prospect, and my original accommodation plan had fallen through, I decided to call the trip off and returned southwards.