Since Easter 1987 was pretty late, our annual NPC skiing trip to Glenshee was struggling a bit for snow. So Tiger and myself set off for a couple of Munros to the southeast of our base at the Spittal, by heading across to Kirriemuir and up Glen Clova. On arrival, Tiger didn’t feel up to a long walk, so I set off on my own through the forestry at Acharn. Underfoot proved pretty wet and squelchy, with lots of tree roots, but the track was not too hard to follow across the Burn of Kilbo and onto the steeper slopes of its left bank. Out of the forest, the going got easier and up onto the ridge of the Shank of Drumfollow. This brings one up to plateau level just NW and slightly above the col between the two summits. Heading first over the col and up onto Driesh, I soon found the trig point. 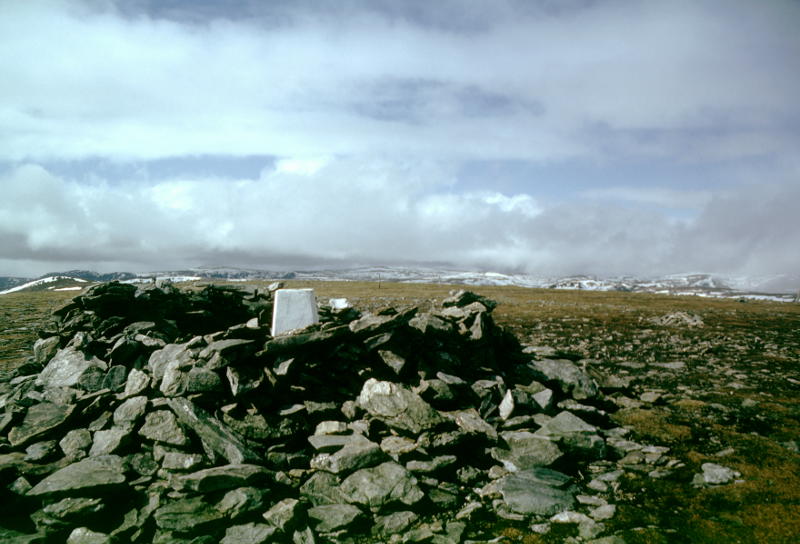 Driesh’s trig point is surrounded by a handy shelter wall

You can immediately see why skiing wasn’t much of an option on this trip, but at least on the top, the ground was not too boggy, and walking was easy. Once up on the plateau, the terrain is never steep, so it didn’t take very long at all to retrace my steps to the col and amble up Mayar, where there was a big gap between the shower clouds. 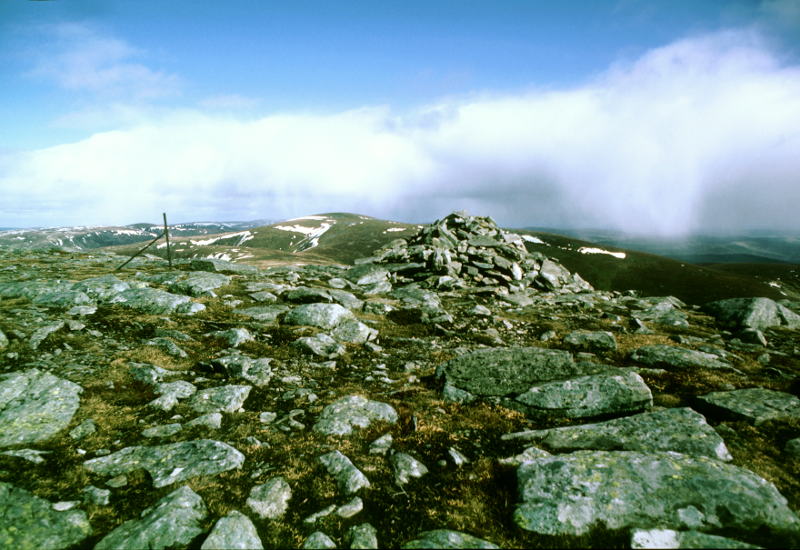 Mayar has a small cairn, and is marred by the untidy rusting remains of iron fencework

With only 830m of ascent for the two Munros, it would have been a fairly short walk to drop back down by the route of ascent. However, continuing to the north offered a choice of routes back into Glen Doll. Coming to the head of the Fee Burn where it threw itself off the plateau, the scene was considerably more rugged than the gentle plateau surface, and it was not immediately obvious where lay a safe descent. The top of Corrie Fee, looking down into Glen Doll 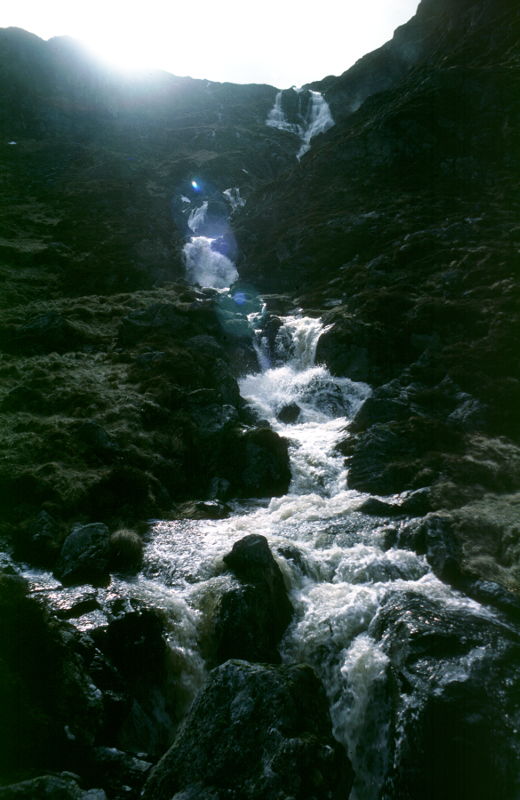 A route soon materialised on river right and was not too icy despite being close to the splashing Fee Burn in its rather spectacular descent – a thaw was clearly setting in. I was very pleased to have chosen this route down (once I was off the steeper bits of scrambling) as it really was a rather fine prospect looking back up at the crashing water, but the steepness of this first section did mean that a lot of the height was now lost, and the base of the corrie was fairly level, apart from a series of lumpy moraines. All was not entirely dry underfoot on this section, and I recall a couple of awkward little hops across tributaries and detours as the stream, its energy now somewhat spent, meandered rather drunkenly around. 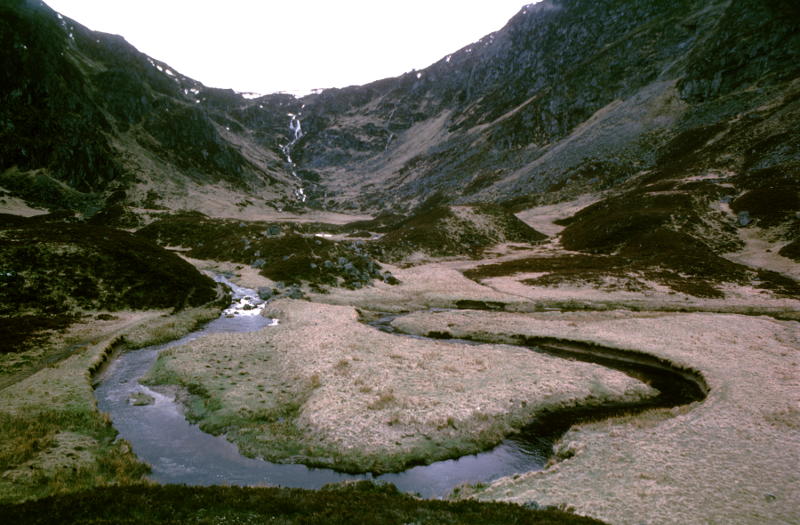 Having spent its energy at the head of the corrie, the Fee Burn relaxes and meanders

Crossing a final moraine, the path reenters the forest just below where this photo was taken, steepens once more, and shortly joins a good track back to my starting point at Acharn, where I found Tiger asleep in the car, but feeling better for his day of rest.