I’d just been on five days of Glenmore Lodge ski-mountaineering course with Bob Barton and Blyth Wright, during which there had been a bit of shortage of snow on the hills, but plenty falling around us as we played crevasse rescue techniques on the climbing tower (supplied with hot coffee at frequent intervals – very civilised). By the time I was on my way home, the snow had built up on the tops and the sun was shining, so I drove to Fersit to do a horseshoe tour onto Chno Dearg and Stob Coire Sgriodain.

Fersit sits below the Alcan dam holding back Loch Trieg, with the road end at about 270m, so it’s a 700m climb over 3½km to the first Munro. Views open up southwest over Loch Trieg, so you can see the snow level in the photograph. The thin wiggly line is the West Highland railway which passes through Fersit and along te eeast shore of Loch Treig gaining height slowly to cross Rannoch Moor via the isolated Corrour Halt – handy base for ski-touring that cannot be reached by car. 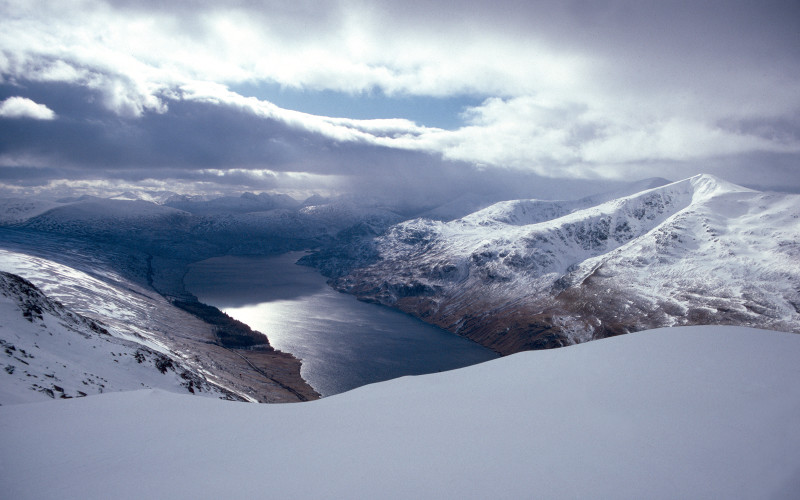 The weather was a complete contrast to the dreich week I’d just spent in the Cairngorms, though it wasn’t to stay like this all day – opportunities need to be snatched as and when they arise – lots of little outcrops and complex micro-terrain would make navigation much more difficult in poor visibility. 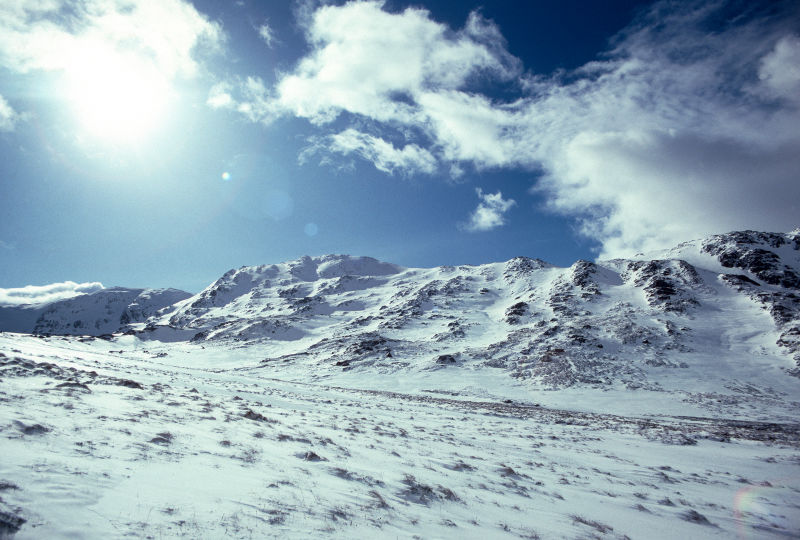 It had clearly been windy with plenty of freeze/thaw – the summit was quite icy on top, though the snow between the rocks away from the very top was mostly good. This is the cairn on the 979m top of Sgriodain. 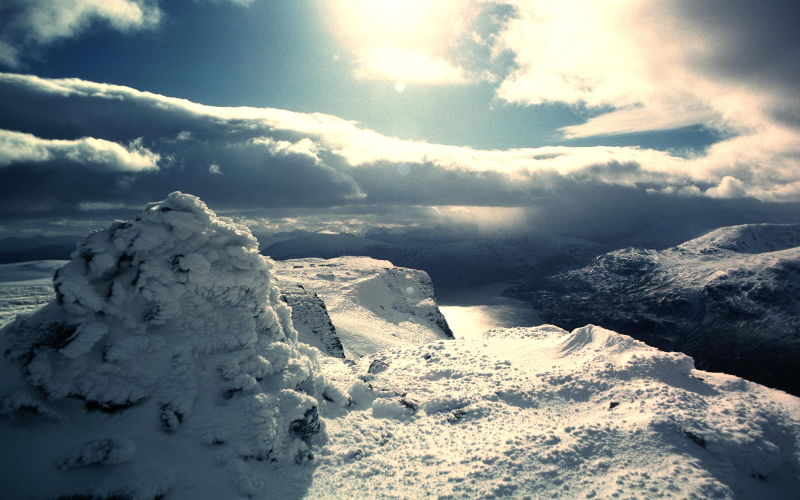 There’s not much of a drop over the next two kilometres to a broad col barely below 900m, with 976m Meall Garbh off to the south. As the weather was already starting to deteriorate (Rannoch Moor was already under the heavy cloud), I didn’t make the detour to visit this top – it’s the low rounded lump below the big bank of cloud rolling in in this next photo. Chno Dearg is the higher (1046m) peak to the left, another kilometre and a half beyond the col. 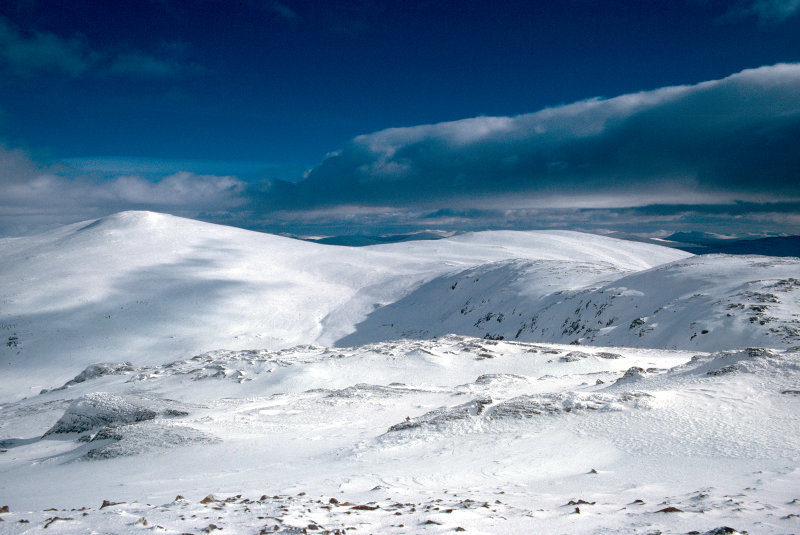 Chno Dearg and Meall Garbh and the route ahead, seen from Sgriodain summit. Photo: Andy

There’s a final photo of myself putting skins on for the final ascent of Chno Dearg, waiting for me to scan when I work out where it is (it’s not in the slide magazine with other Ski mountaineering photos from this winter). By the time I got to the second Munro of the day, photography was unrewarding in the rapidly closing weather, and my priority was to make a safe descent before the light got too flat to stay upright. It was clear that Sunday was not going to be a day to be on the hill, so I headed south as soon as I got to the car, having had an excellent day on the tops and two more Munros ticked off.