The Stang forest is a north-facing hillside on the Durham/Yorkshire border above Teesdale. It often catches a decent snowfall, and the forestry tends to mean that it gets less wind than the open fellside, so the snow often drifts less, leaving a better overall cover, which then stays in shade a lot of the time. One fall had consolidated to form a base when a second fall added a layer of what proved to be some of the best powder we’d skied – well, certainly within the UK. 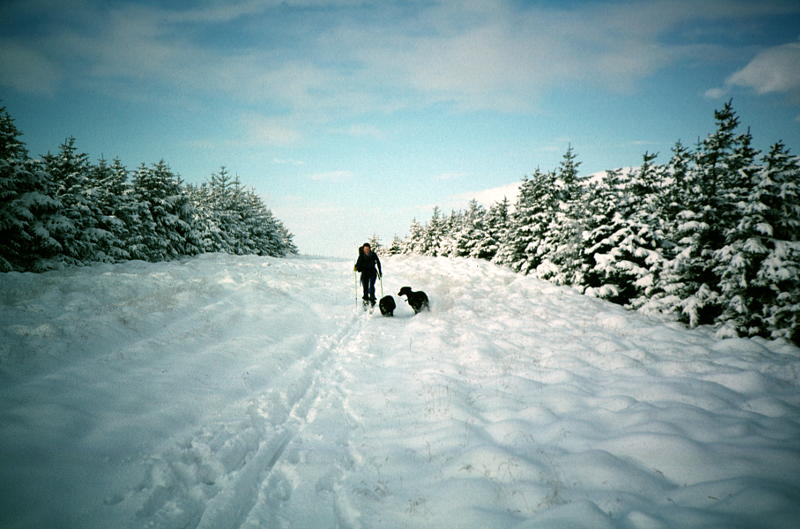 Setting off along the ride east of the Stang road, near the top of the ridge

Nordic skiing with the dogs was always fun – the Doberman (Seb) didn’t really like getting his paws cold and would try to rest his front paws on the back of your skis. The Collie-ish black dog (‘Byl) loved sticks, and would try to grab the front of your ski and run off with it. This wasn’t too hard to cope with on the flat or uphill, and neither dog could keep up on a fast downhill, so that was easy. It was the gentle downhills, especially in shallow snow when you didn’t want to dig the edges in too hard and risk catching stones underneath, that caused most grief. You’d just get to a nice pace, with the dogs in close attendance, when ‘Byl would grab a ski tip and pull it sideways, usually resulting in doing the splits and face-planting between the skis. Fortunately, on a powder day, the dogs were slowed and the ski tips hidden, so the downhills on the Stang tracks were a joy to run ! 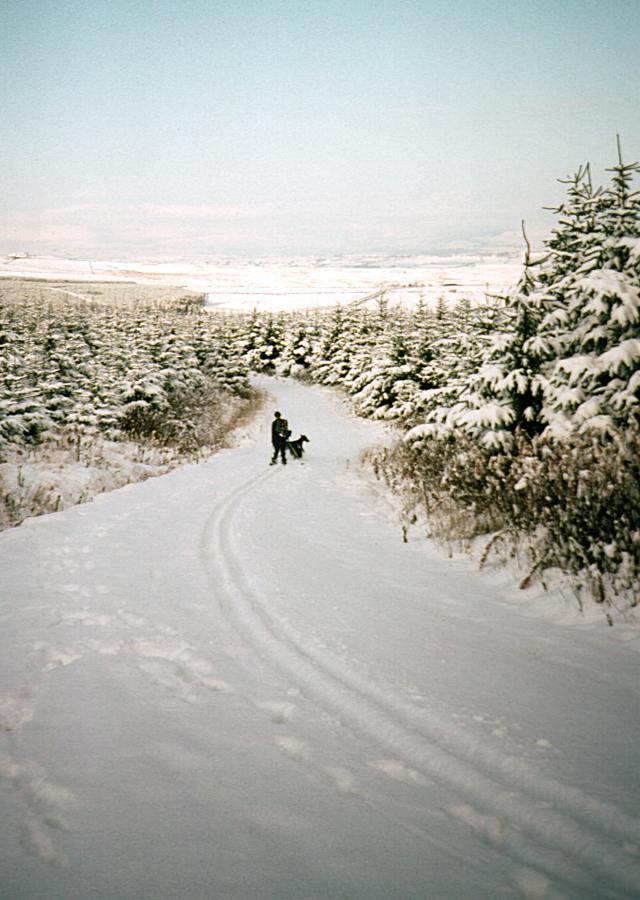 We’d skied with friends near Bowes on Sunday, and on the Stang Monday. Unfortunately, I had to work in Cambridge three days this week, and returned to ski the Stang again on Friday before it thawed – an unusually long period for the snow to lie. I’m pretty sure the photos were taken on the Monday outing.