A certain amount of frantic ticking of Munros before Mary’s bump got too big (Sarah was born less than two months after this walk), some of the downclimbs on An Teallach proved quite difficult as she couldn’t see her feet !

Starting from the A832,we made our way up into Glas Tholl, but as the head of this corrie is extremely steep, we cut right to the somewhat easier slopes on the east ridge of Glas Mheall Mòr, which was interesting for the pattern of little ridges caused by frost heave. Well, something to think about as we slogged up this long slope. At the top, the gradient eases considerably and quite abruptly, with a short ridge to the summit at 979m and an excellent view ahead. 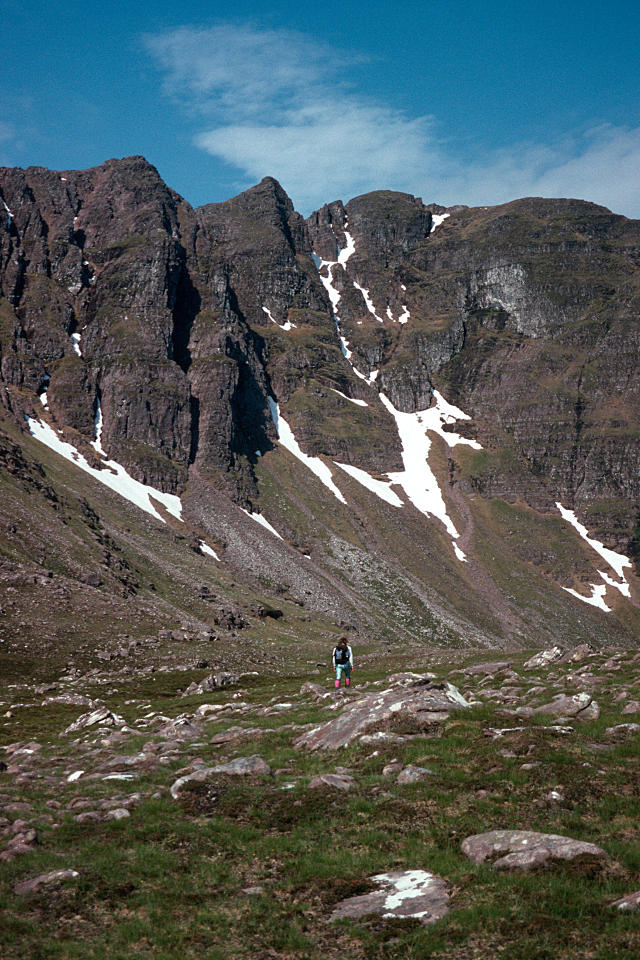 Andy ascending into Glas Tholl of An Teallach

Heading WSW then turning south, there’s only about an 80m height loss before starting the ascent to Bidein a’Ghlas Thuill, the highest point at 1062m. This is where the route starts to become rocky and exciting, with a huge drop off left into Glas Tholl, but nothing particualrly technical.

Looking ahead, we can see the slightly lower summit, and second Munro, of Sgurr Fiona and the continuing ridge, where it gets a lot more scrambly.

Again, the height loss is not huge, with a reascent of about 140m to reach Sgurr Fiona. Unfortunately, by this point, the clear sunshine had disappeared and the weather became increasingly hazy (it was already pretty hot and muggy). For some reason I seem to have switched from slides to negative film somewhere along here – there are prints of Mary finding the descents difficult as she was pushed off balance by the bump – and I was having to give her clues about where to put her feet… Need to dig out the (recently filed in chronological order, but not yet indexed) negatives. 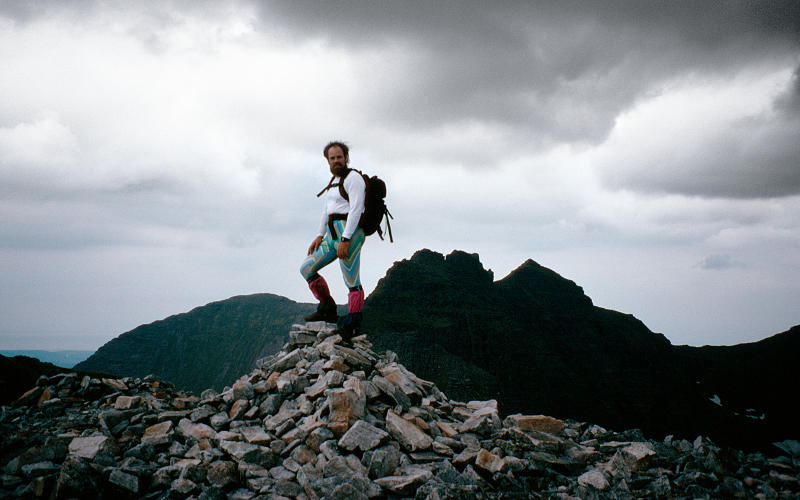 OK, need another write up for two days later. Leave this here as an aide-memoire…