From laying out the marine plywood on December 20th, the hull has taken three weeks to reach this stage where the inside is glassed and the skeg-box fitted. The outside is not glassed (or even sealed) as this step is not being taken until after the deck is done. Compared with a stripper, this is really fast ! But since the boat is to be a hybrid, and the deck will be stripped, it will be some time yet before she looks like a boat… 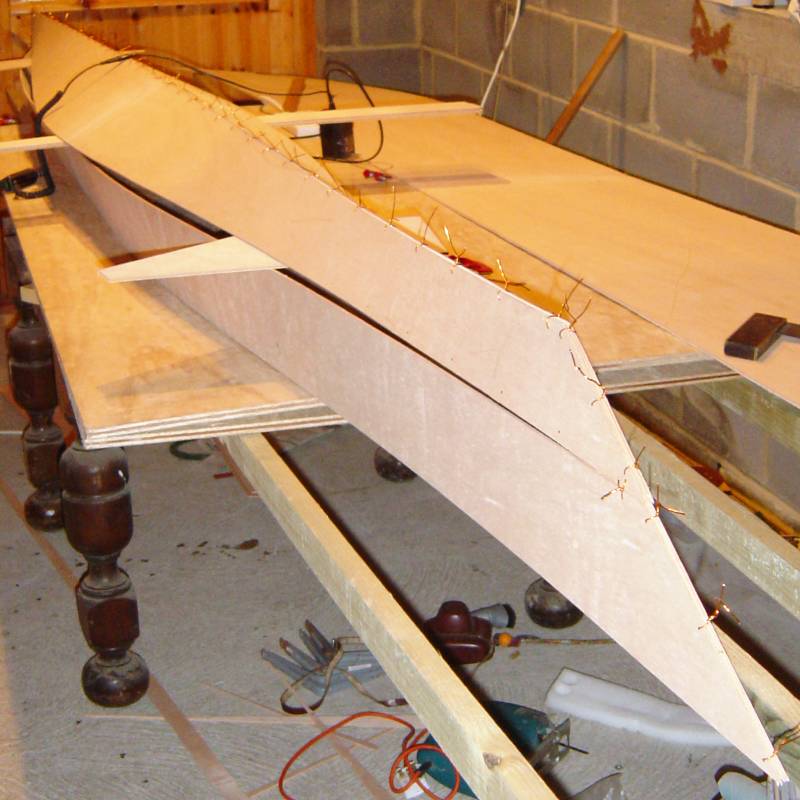 It only took a short time (but required a big work table) to scarf together two sheets of 4 mm marine ply and cut the panels. Stitching was complete within the first week, and the hull could be turned over to glass the inside. I glassed all the part which would be between the two bulkheads in 6 oz (coarse weave) glass, and feathered the edges. I then spent some time building the skeg box, cutting the slot in the keel for it, and fitting it in place. This process was documented on my old website (I’ll incorporate that into the blog soon, which will mean bigger photos than the ones there). I then glassed the ends of the boat with 4 oz satin-weave glass, with a slight overlap where the bulkheads will go, which will add a little strength to the parts which could potentially be more highly stressed by the stiffness of the bulkheads. 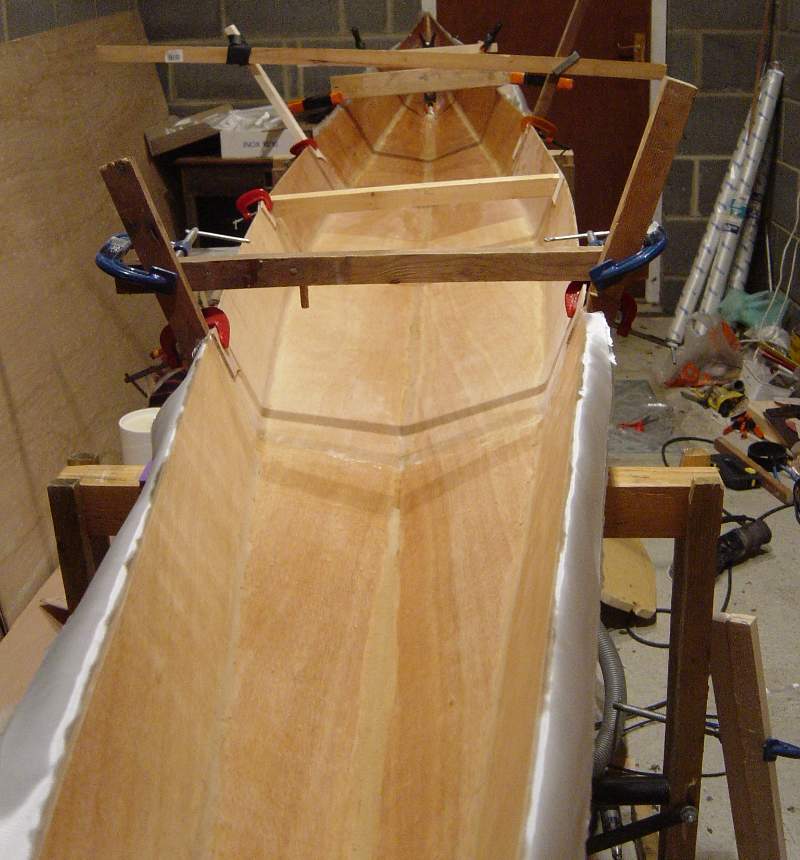 The landmark of having the hull strong enough to be taken outside was reached on January 14th, three weeks into the project. I now hot-glued in forms for the deck, cut to half-ellipse sections – a fatter ellipse forward of the cockpit position and flatter aft, but a constant eccentricity within each part.