This was really a Picos (Northern Spain) caving expedition, but as I was driving out through France (this was the relaxing part of the holiday), I took a sea kayak with a vague plan to do a bit off the coast in Northern Spain if we had an R&R day on the beach and the waves weren’t too big. But I had thought a more likely scenario was to play on a big easy river on the way, so I also took a bike for the shuttle.

Having reccy’ed on the way out, I took time to do a 20 mile section of the Dordogne on my way home. This took a little longer than planned, and the bike shuttle was both longer and a lot hillier than I’d allowed for, resulting in some interesting navigation in the dark with neither bike lights nor a head torch, then having to cycle past a gendarmerie, hoping not to be noticed … The river was fine, though.

I first cached a bike at the take out, then headed up to put in at St. Sozy. 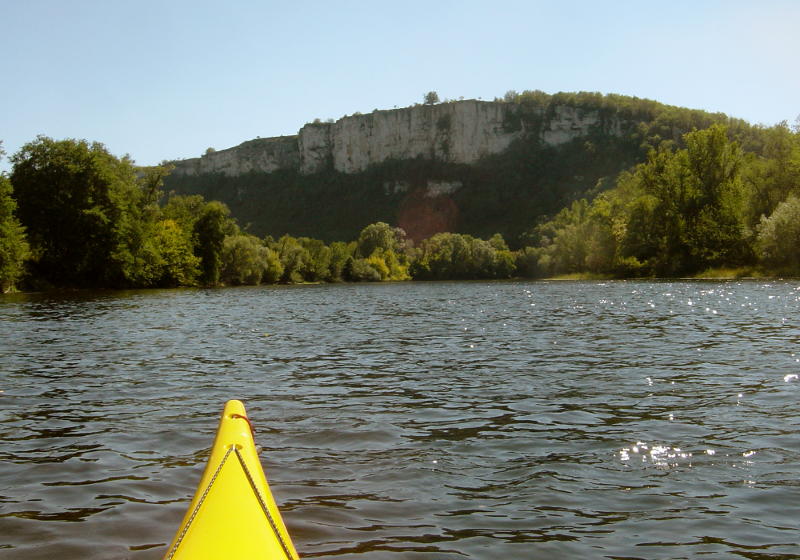 Paddling the Dordogne – five minutes down from St. Sozy and the first cliffs

This was quite unusual as a river trip – only grade 1, or grade two for very short stretches, and done in a sea kayak (most people would be doing the Dordogne as a multiday touring trip, so a boat I could camp out of seemed appropriate, even if I was paddling it empty on just a day trip). The scenery was a little different from rivers at home, and the river was bigger volume, even late in the season, although being very wide, it never felt powerful and occasionally it was a bit of a thrutch to find a channel. Checking out tributaries was abit different, too ! 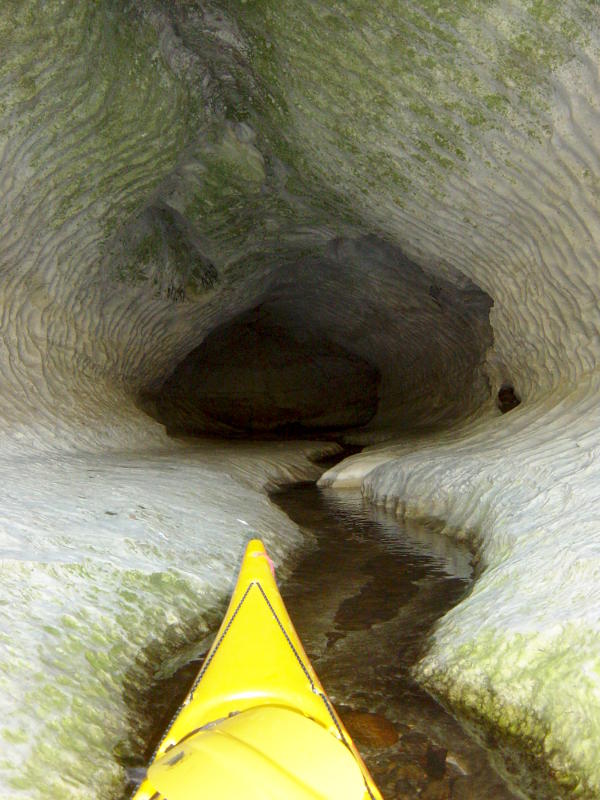 In the resurgence cave at La Cave, Dordogne

There were stretches where it was quite windy, as you might expect for a big river in a wide, shallow valley, so I had the skeg down. One time I forgot to pull it up before doing a shingle rapid, it got pushed up and kinked the control cable, which had to be replaced when I got home. Mostly it was just drifting with the current, or paddling on the flat – 20 miles is not a long day for a sea kayak, but it was still more time-consuming than perhaps I’d allowed for and I hadn’t got an early start. 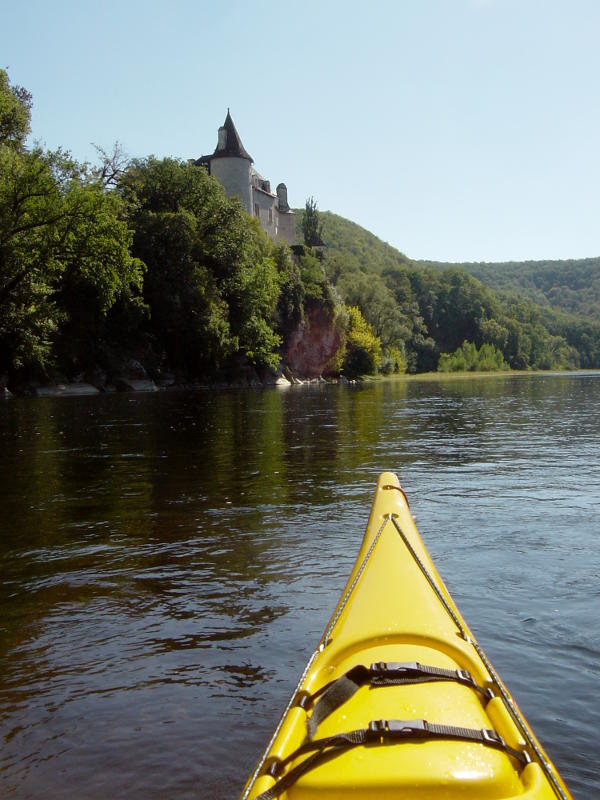 At the take out, I unlocked the bike, got changed, stuffed things inside the kayak and (for what it was worth) locked the boat to the same tree the bike had been on. I was a bit short of daylight, and the trek back (by what I thought would be a shorter route than I’d used for the car shuttle earlier on, using quieter roads) turned out to be quite steep in places. I didn’t have bike lights, and although I’d got perfectly good head torches for the caving trip, it had failed to occur to me to bring one along… Sneaking along a cobbled street past a gendarmerie well after lighting up time was a bit poor form, but I was nearly at the car by then. I still had to shuttle back to pick up the boat, so I was quite late setting off for the rest of my journey to Calais and the ferry home.