Wednesday saw us running the River Coe, and off the water by eleven (we both had silly nervous swims on easy water early on, but then ran the harder gorge with one roll from Andy, and none for Mary). The Guide Book tells us that this is continuous pushy grade 4+ with a couple of grade 5- rapids. Well, we walked the first of those (it really didn’t have enough water, though Bruce muscled his way over it), and got out before the second. At low flows, the grade 4+ stuff is somewhat easier and there are plenty of (small) eddies, so don’t be put off by the guidebook if you can get local knowledge ! 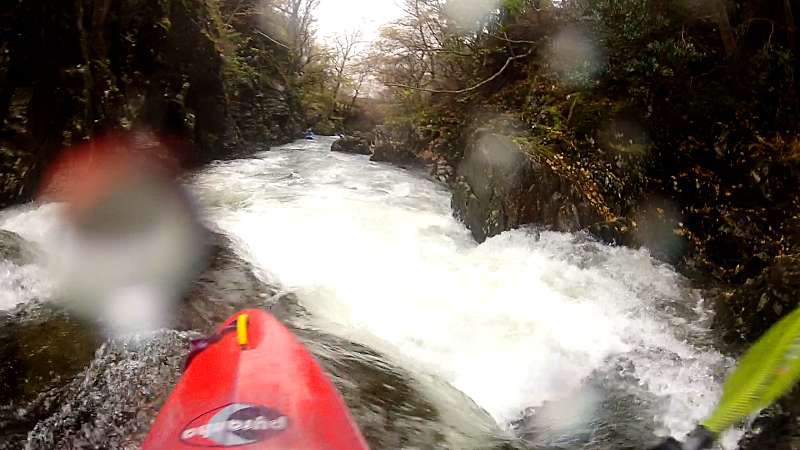 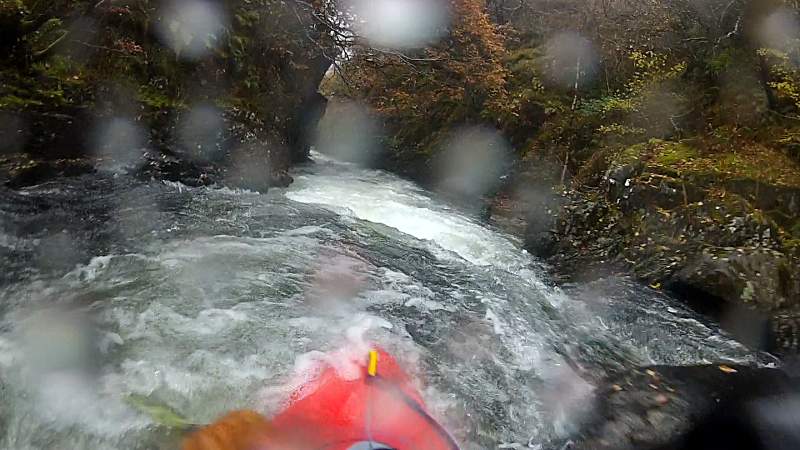 Another drop leading into another blind bend 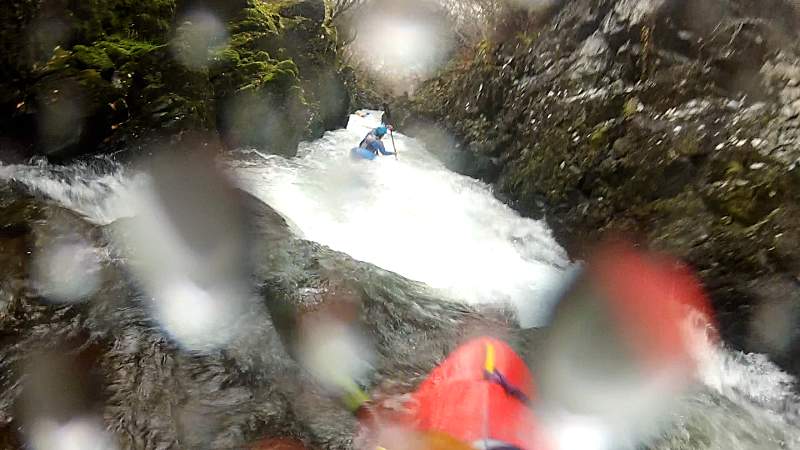 We then went on to the Orchy. At the put-in this seemed lower than on the WWPF weekend, but the Allt Kinglas was brown and stonking, adding a lot more water. The river was also rising all the time we were on. Andy had a swim-free run, with one rather gratuitous roll just at the put-on and another after a big seal launch. Mary rolled twice on Chicken Shoot, whilst Andy cocked up and managed to turn the headcam off for Sore Tooth, and again later on :-(.

Mary decided not to run Witch’s Step as she was so cold, and Andy went to see if there was a lower eddy she could take out from (as the carry back to the layby is so awful). There wasn’t, and as the river was now a lot bigger than in September, Andy left his paddle at the bus and came back for his boat. Mary had gone for a look, and decided that the river was easier than the portage, so proceeded to make a fine clean run down, amid the carnage of several others who swam !! 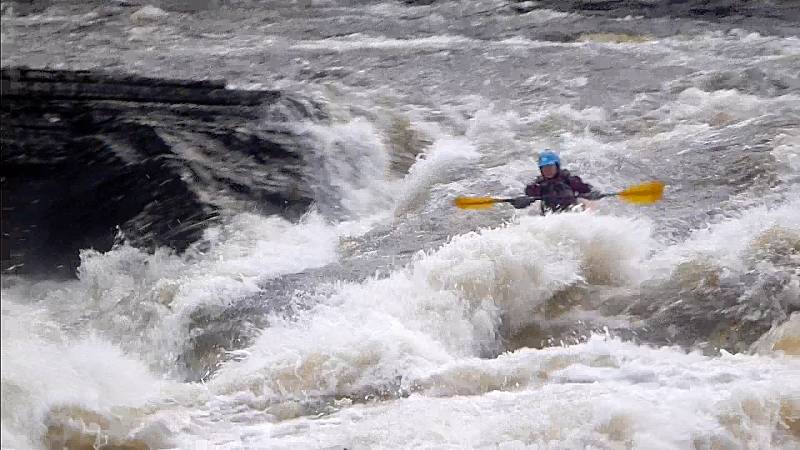