Well, it started as Park’n’Play, Mary and myself and Crayston, but just as we’d unloaded boats at the packhorse bridge, Dan drove past doing a shuttle for his group doing Barney Winston, so we thought we’d shift back up to their put-in and paddle down with them as far as the end of Abbey, which worked quite well – the water wasn’t quite at such a scrapey low level as we’d feared. 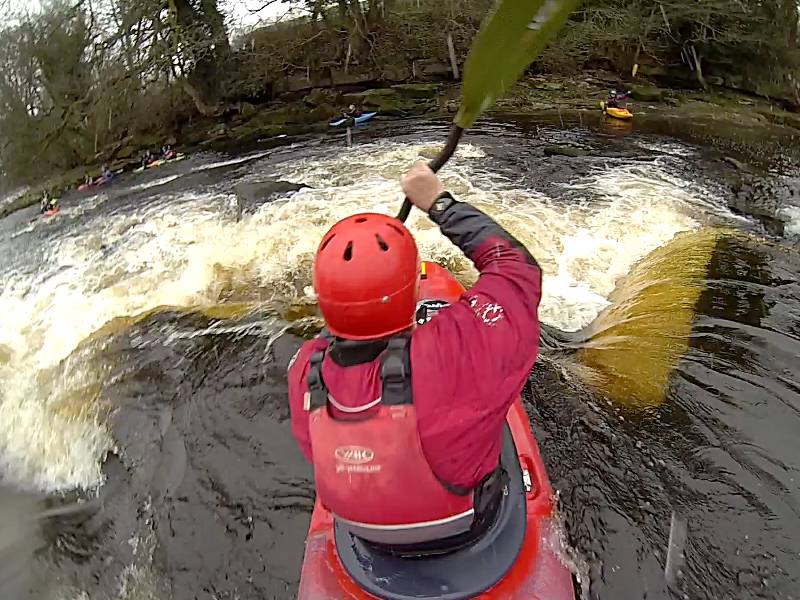 Since I’ve got so much footage already from headcam and boat-mounted-facing-paddler points of view, I resurrected the pole-on-the-back mount, and ran the Hero 3 at 100 fps. That’s given me slow-motion video of a lot of rather dull paddling, but also one or two good bits. I ran the whole of Abbey from the packhorse bridge eddy-hopping, with a new record of 37 eddies. 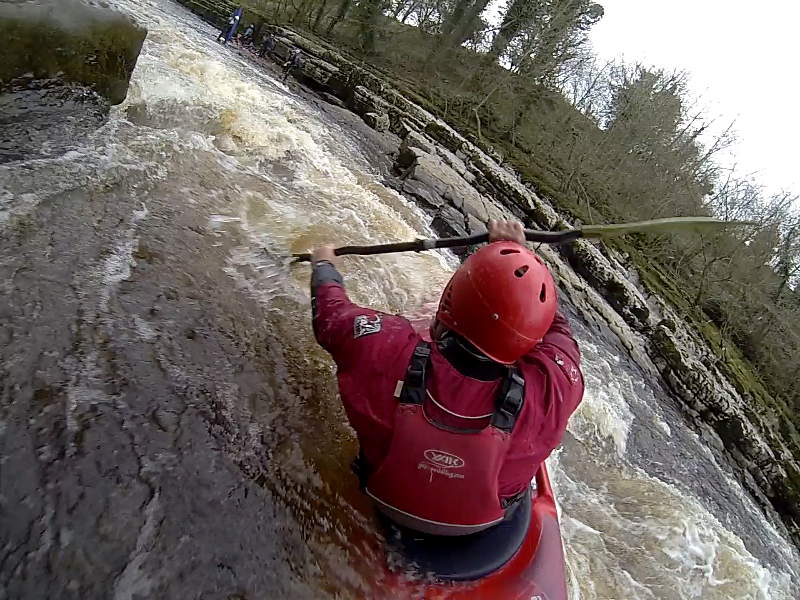 then went back and did a straight-through run of the fun bit at the bottom. Later in the gorge I got really high up a slab playing rock-splat and then spoiled it by falling in. Drat ! But it did show that my roll now works even with the big camera-mount sticking up at the back of the boat. 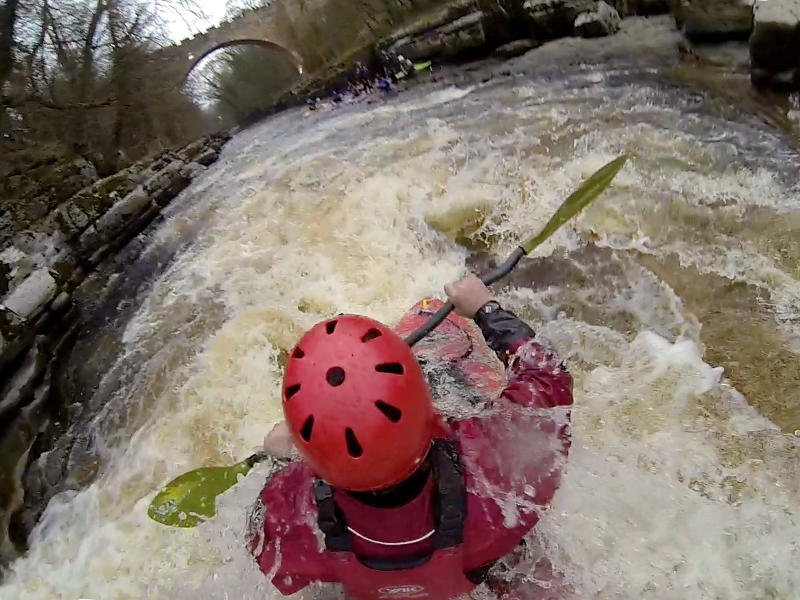 The aft pole mount is good for stills, as well as video

Whilst only two (long) clips of this video were taken on this trip, it was getting today’s footage that pushed me into making a video compilation of Abbey at a variety of levels. Apologies to those featured in the carnage section…