Whilst in Aberdeenshire for a wedding, we’d have been daft not to bring boots. The weather gods looked very kindly on us all weekend, and as we were staying at the very foot of Bennachie, I walked it both on the day of the wedding (early with just the dog) and with Mary and Fern on the day after. 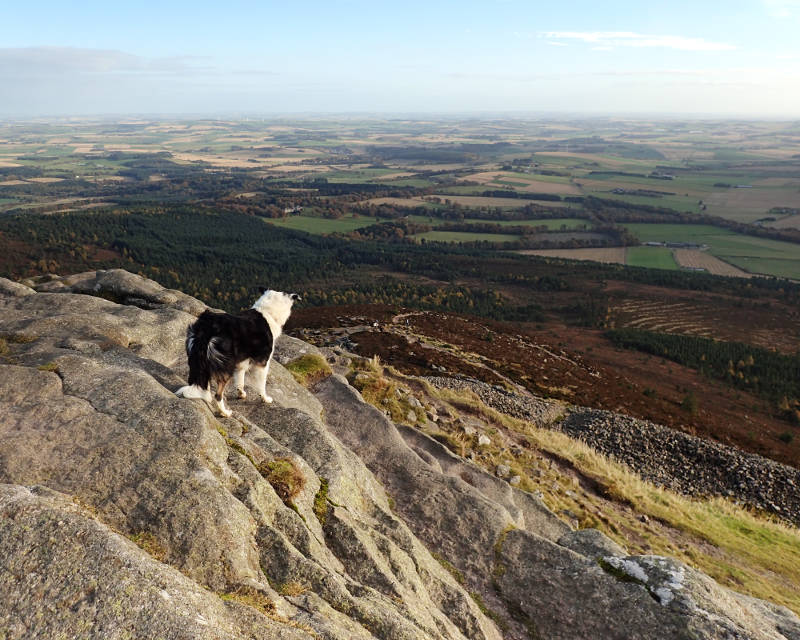 With a wedding deadline to meet (and a shower – always needs a lot of caffeine to face) the first day was short, but done at a cracking pace, just up to Mither Tap and an almost continuous jog back down (Morocco must have done something for my fitness…). On the Sunday, we’d expected a few of the other relatives and friends to be up for a walk, but they all found other things that required their attention, so just the three of us decided to do a longer version, visiting various tops. First, back up to Mither Tap by the same route (and again, at a cracking pace). 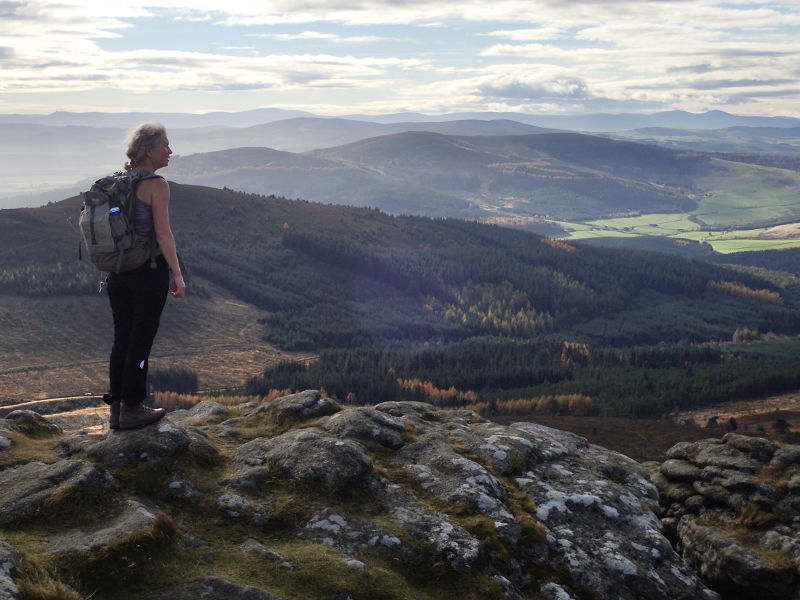 From here, we dropped steeply down to the west side by a little granite crag, and over some scree until a good path materialised once again. Bennachie is a miniature granite massif like a scaled-down version of the Cairngorms, but with excellent paths across the moor. Since we had sunshine, a slight breeze and shirt-sleeve temperatures, we made rapid progress to the west, soon gaining the final rocks of Oxen Craig, another fine tor. Oxen Craig is the highest point, at 529m

Dropping southwest of Oxen Craig, the path was clearly a lot less well-trodden and in places had the odd boggy bit (being dryshod on the hill in Scotland in late October was a real novelty). After dropping 80m, its only a 40m or so reascent to Watch Craig, and a rather finer, rockier summit ridge than you’d guess from looking at the map. 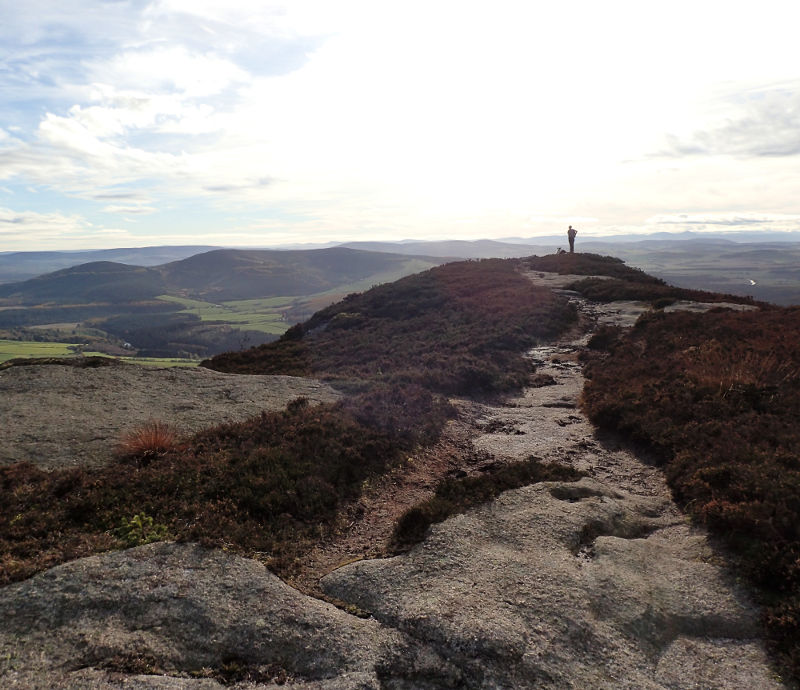 We were still under 5km from the hotel, but had run out of mountain. A short retrace and then a path dropping southeast proved quite a bit rougher, but soon joined a main trail, Gordon Way, which contours around the south of the hills, and appears to be much favoured by mountain bikers. Below was much forestry and perhaps the views were not so fine this side. Gordon Way soon drops away, whilst we climbed partway back up Oxen Craig to join our path of ascent, which we followed for only a short way before turning off to visit another tor, Craigshannoch. This seems less visited, too, but had excellent paths in three directions. We set off heading back towards Mither Tap but soon branched yet again, to contour round and drop back onto Maiden Causeway and the route home. 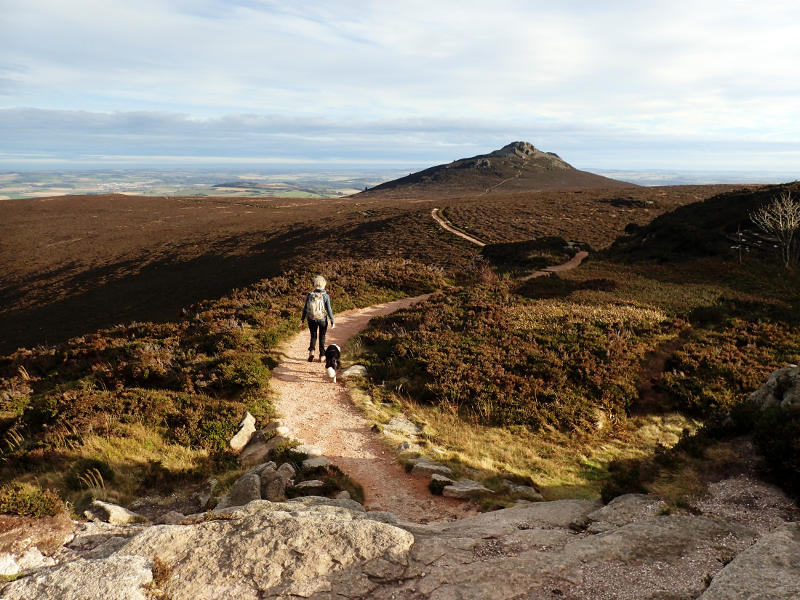 The path back east from Craigshannoch

All in all a fine couple of part-days of hillwalking away from the temptations of reception lunches, and excellent weather for the time of year – now stalking is over, I’d normally be in Scotland for ski touring !

I started a feedback essay for the company running the trek, but this diversified into more of a blog write-up. Then, adapting it for the blog, it strangely starting morphing back into feedback. Looks like I’ll be rewriting both from scratch shortly… But meanwhile, this is a placeholder blog entry, to accumulate a set of photos which I can write the blog around. The executive summary is that it was a successful trip, but with reservations. I don’t think I’d do a commercial trekking trip again – I had rather expected more independent walking between meeting points. I’m not really suited to walking in a crocodile like we did at primary school, and I developed a bit of an “escape from the chain gang” mentality which rather clashed with the guide’s expectations… Eventually I omitted the third 4000m peak (Mary and Sarah went up it) as my patience was exhausted.