I planned going up to Scotland at Easter to meet up with Sarah (working for a few weeks in Fort William) with a view to an overnight sea trip. I’d injured my shoulder skiing in February, and hadn’t paddled since New Year, so wasn’t sure how fit I’d be. We weren’t wanting to paddle the whole bank holiday weekend, which was just as well since the forecast was not very promising. By Thursday the weathermen seemed to think that Easter Sunday would be the worst day, so we were aiming to get off at a reasonable time on Good Friday, paddle as far as we saw fit down Lismore, and if that was far enough, round the southern tip and back on Saturday. To this end we got ourselves to the big layby opposite Shuna and fafffed about packing. Sarah hadn’t packed for an overnight trip before, so we weren’t expecting this to be quick and were not too disappointed to be on the water by eleven (or so…), though this did mean we were a bit later in the tide than ideal. At this stage we were expecting it to be windier today (supposedly from the northwest), getting better and being calmer tomorrow, so we headed on down the more sheltered eastern side of the island. We didn’t make bad progress for someone who has not paddled much on the sea and who had found her previous longest trip of 14 km (out to the Farnes) pretty tiring. We had a decent stop for lunch and continued on south into an increasing but not overwhelming headwind. We got far enough that we both ended with our determined heads on and could see that we should be able to make the end of the island. Conditions worsened, the rain set in and the headwind got stronger, but we were still making progress. As we got to the corner where we would turn right, we expected that the wind (which seemed to be much more from the south than forecast) would stop being directly in our faces, but we were wrong – there was now a really stiff breeze blowing right through the gap between Lismore and Eilean Musdile. The lighting over the Sound and Island of Mull was fantastic as we fought into the sunset pelted by rain and with a rainbow behind us, but that last half mile was a real battle and it started to feel as if the bay with the good camping spot would never materialise. Finally it opened up on our right and we could run the last 100m into the beach. 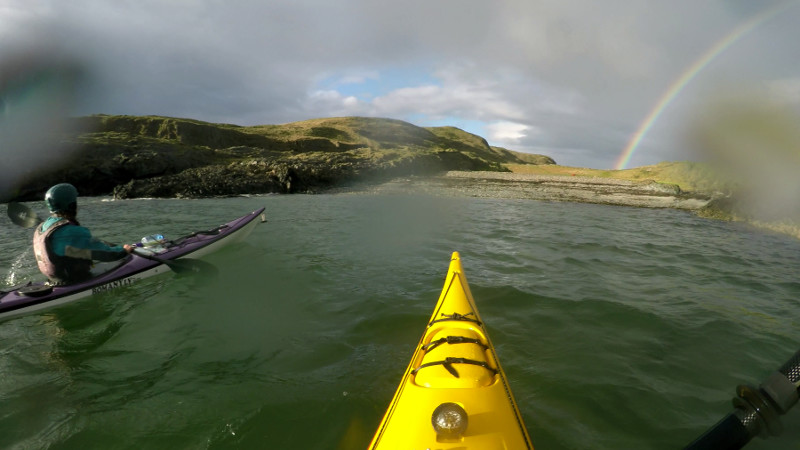 Coming in to the beach at the southern end of Lismore

We had cut it finer than ideal, but still had enough daylight to get the tent up and gear sorted (most especially head torches) before cooking a seriously blow-out meal which we both felt we merited. I found that my aft hatch had leaked and my toughest drybag, which I’d specifically chosen for my pit, was perhaps not as intact as I’d believed. Fortunately, I’d chosen to bring my five-season hollofill bag, which is still effective when damp, so a reasonable night was passed. However, we weren’t exactly crisp on Saturday morning, and by the time we’d breakfasted and packed up, the race had built up. It was also still blowing plenty. We both fought our way successfully against wind and tide through the gap, but one good look at the more exposed western side of the island convinced us that we were not going to have an enjoyable day if we did a full circumnavigation, so we backed off and dropped through the race back to the sheltered side. You’d kind of hope that with the wind still blowing the same way, it would now be helpfully behind us, but in fact it must have backed a little further and we were pretty much in shelter. The tide was not with us (thought it is pretty weak hereabouts anyway) until after lunch, when it started to pick up and push us along. We had a rather chilly lunch huddled in the group shelter cooking the pancakes we’d decided to skip at breakfast time, which certainly cheered us up. Back on the water, the tide really picked up as we passed the northern tip of the island and headed across the short sound towards the scattered islands to the north. We were now almost home, with just the short crossing to Shuna ahead. This was exposed to the west and quite windy, and the flood tide here runs on a diagonal, so was partly helping us, and partly kicking up in the wind. As the depth varied and the flow changed, it was quite interesting keeping our transit to arrive just east of the southern tip of Shuna. Now we could relax in almost flat water with just a tiny bit of tide on our side. With the Van in sight ahead, the day was rounded off by an Otter, who must have been fishing at some depth, since when he surfaced the second time he shot almost clear of the water ! 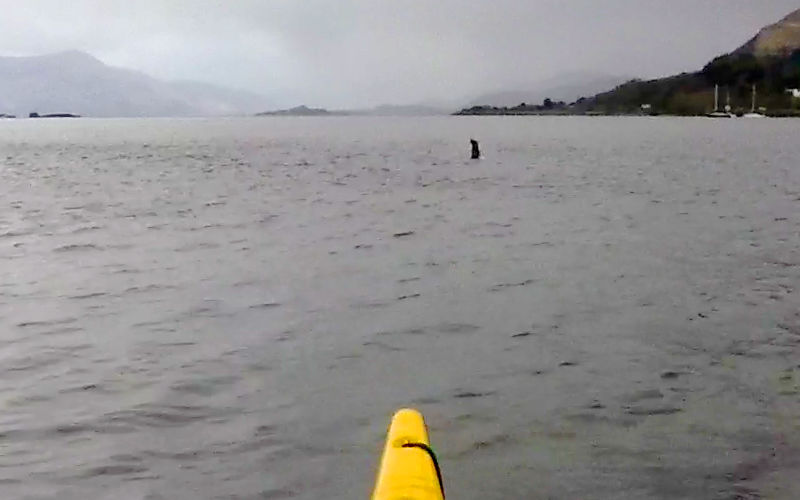 Otter popping out of the water in Shuna Sound

With more tidal assistance and no headwind, we finished quite a bit earlier today, despite not getting a good start, so had time to find a nice restaurant with somewhere to sit (quite a feat on an Easter Saturday), just south of Balachulish. We’d clocked just about 21 km each day, so definitely a step up for Sarah, who despite the battle into the wind on Friday was still keen to do more trips. Typically, on Sunday, when we went for a photographic wander on foot round Arisaig, the predicted worst day turned out sunny and calm, with lots of sea kayakers out on the water. The wind and rain didn’t arrive until about five minutes into our bar meal sat outside the pub… Luckily, by this time, there were seats available inside so we hastily moved indoors to eat. 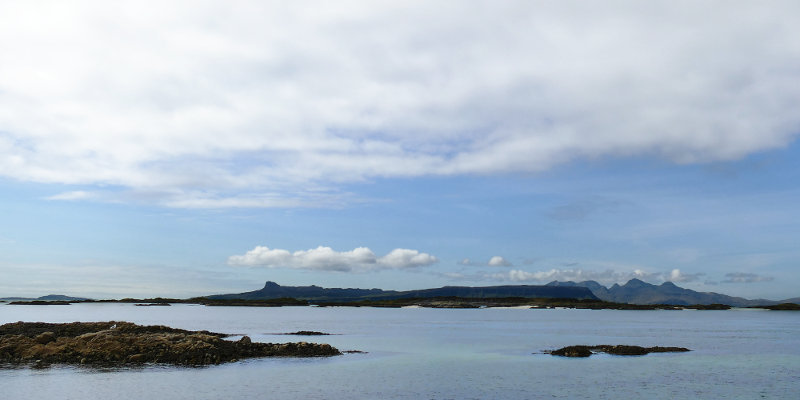 As the weather was once again fine on Monday, we found time for a jaunt up to the CIC Hut and back in the shadow of Ben Nevis.