We arrived in the town of Molina where we spent the day in a restaurant, whilst a group headed on in the van to go kayaking. Those of us staying behind (there wasn’t room for everyone in the van at once) killed time eating ice creams and charging our laptops.

The van eventually returned to pick us up and drove us over to the hostel where we were staying, and we had dinner and went to bed.

The next day we headed up to the siete tazas, the ‘seven teacups’ with a short hike in, but a very steep path down to into the canyon, meaning we had to lower the boats in. Once we were down we got in our boats and headed down the first 15 footer, which I managed to land flat but sideways. 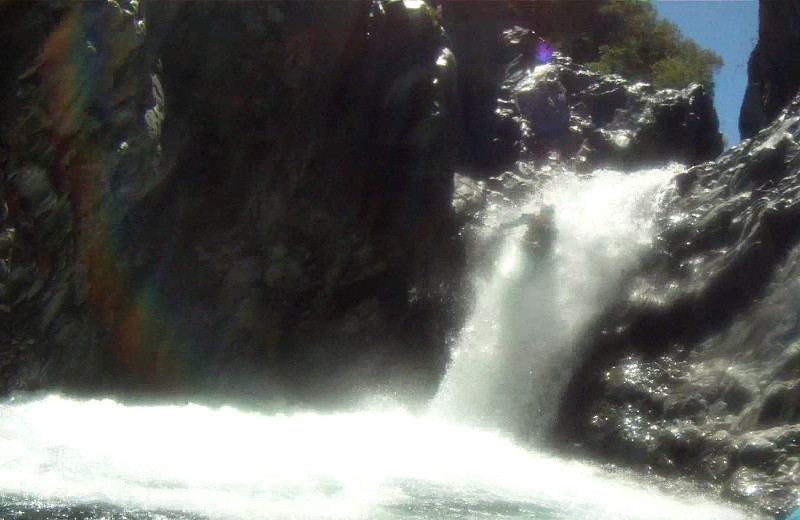 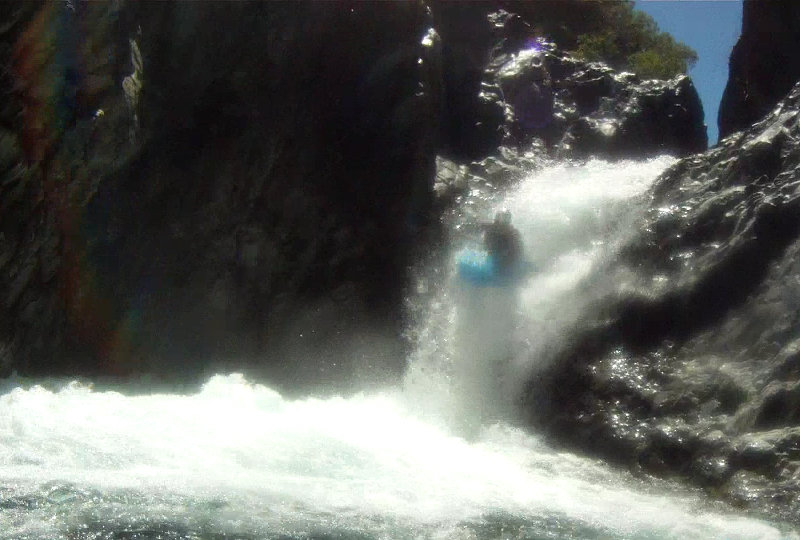 The next drop was a short slide drop, and the one after had a tree in it and so we portaged round. 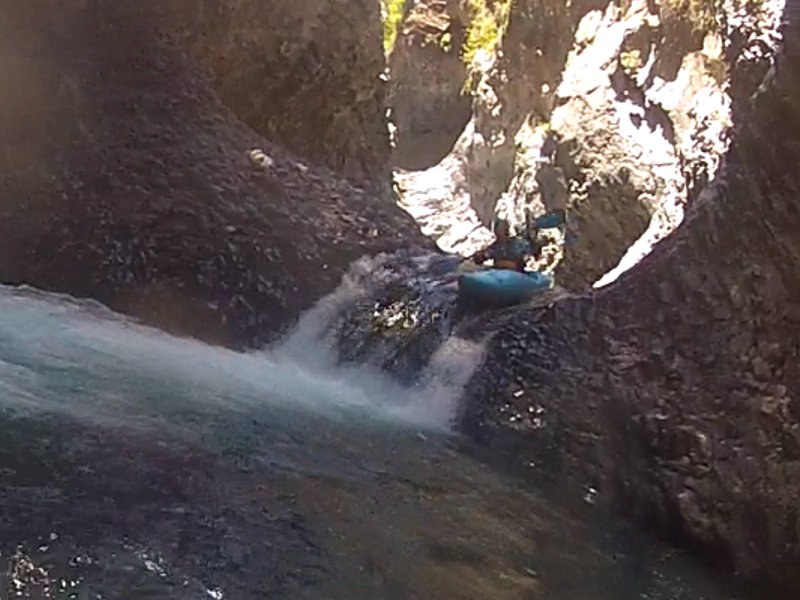 The next two drops were also small and we didn’t realise (until we ran out sooner than expected) that they were part of the 7. The 6th and 7th teacups were both 20 feet, we boofed (kind of) the first, which had an interesting curve round the left side making things difficult. The second we plugged, although I managed to go a little over-vert, and face planted… 🙁 ouch. There is also an eighth drop which apparently only runs when it is low, and so after scouting the interesting climb up a vertical(ish) cliff out, we ran this also. The 8th drop curves to the left, with a wall in front as you go down, you hit a right boof and land in a huge cave around the corner.

The guys also ran the veinte dos, 22 saltos, and another group ran the 7 teacups again.

The next day we headed back down to the teacups for my round two. This time round was much more successful, and I hit every boof! Unfortunately I went even more over-vert on the 20 footer though, ouch ouch!!